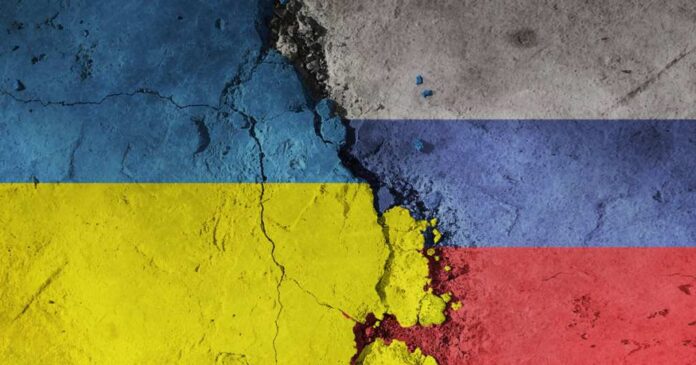 The longer the conflict in Ukraine continues, the worse the Russian troop commanders look to the world. This once great superpower is being devastated by the Ukrainian military, farmers, and actor/comedian turned President Volodymyr Zelenskyy. It was Zelenskyy himself who notified his fellow countrymen and the world of their latest success over the Russians on his nightly radio address on September 7th.

Proclaiming “we have good news from Kharkiv region” before announcing the successful reclaiming of several settlements but avoiding naming them directly. “Now is not the time to name the towns where the Ukrainian flag is returning…Each success of our military in one direction or another changes the general situation along the entire front in favor of Ukraine.”

He then explained the significance of this change to his people in depth. “The more difficult it is for the occupiers, the more losses they have, the better the positions of our defenders in Donbas will be, the more reliable the defense of Zaporizhzhia and Mykolaiv, the cities of Dnipropetrovsk region will be, the sooner we will be able to liberate [the] Azov coastline and the entire south.”

As he maintains this picture of being battle-ready, the Russians are attempting to adjust to this counteroffensive, but coming up short. The pro-Russian bloggers like Danil Bezsonov have had their hands full, looking for any sign of progress from the Russians. As of late the capture of some equipment in Kharkiv, and a battle in Balakliya where the Russians are meeting strong opposition are the main high points lately.

These latest twists have come thanks to two major factors. President Biden’s consistent giving away of funds and arms is keeping Ukrainian forces well stockpiled and using far superior arms than the Soviet leftovers they started with. It’s turned into an incredibly fierce fight with the Russians unable to gain any real ground no matter what they try.

The other factor has been the Russian focus in the south has forced them to go on a resupply mission. This means the northern areas, especially the region of Kharkiv are barely defended by Russian forces, thus allowing Ukrainians an opportunity to get in there.

Achieving this kind of success is setting Ukraine up to achieve what was thought to be impossible, and completely reclaim their country from the Russians. This has been a completely shocking conflict for the Russian forces. Their thoughts of being in and out quickly far underestimated the will of the Ukrainian people.

It also has been demoralizing to the Russians as many military bloggers and writers keep reporting on how badly they are being beaten. The more they learn of other units being devastated, captured, and ran out of town the lower their morale sinks. For them it doesn’t anger them and make them fight harder to advance the line, it instead makes them ashamed of their comrades, and destroys their will to fight.

Even Britain’s Ministry of Defense has been getting in on the reports, proclaiming on the 7th “over the last 24 hours, heavy fighting has taken place on three fronts: in the north, near Kharkiv; in the east in the Donbas; and in the south in Kherson Oblast. Russia’s planned main effort is probably an advance on Bakhmut in the Donbas, but commanders face a dilemma of whether to deploy operational reserves to support this offensive, or to defend against continued Ukrainian advances in the south.”

To say that the Russians cannot save face now would be an understatement. The Ukrainian counterattacks and movements have caught them totally by surprise, and they are stuck between a rock and a hard place. To withdraw and hand back the parts of Ukraine they have previously taken or tried to take would be shameful. Staying and fighting just sends more troops into the meatgrinder. If they go nuclear it becomes WWIII almost instantly. They have no good exit at this point.