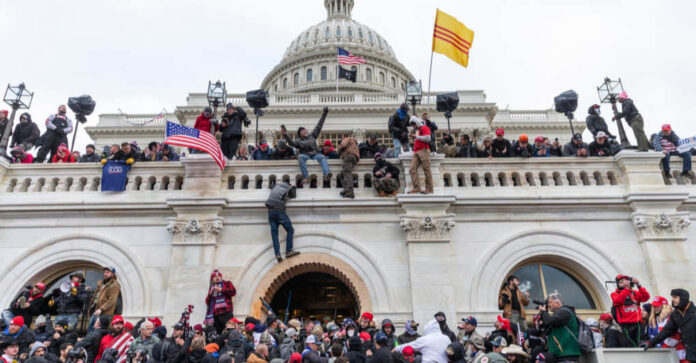 Representative Zoe Lofgren (D-CA) said Wednesday on MSNBC’s “Deadline” that the House Select Committee investigating the January 6 riot has a recently received a large volume of text messages, emails, and radio communication sent by Secret Service agents during the January 6 attack on the U.S. Capitol.

Earlier this summer, the inspector general for the Department of Homeland Security sent a letter to Congress informing them that Secret Service text messages sent by agents on and before January 6 had been erased.

Lofgren said, “We have a large amount of documentary evidence that has now come in from the Secret Service.”

Anchor Nicolle Wallace asked, “Do you have new evidence that wasn’t at your disposal at the time that the last public hearing ended? New radio traffic or new communications?”

Wallace asked, “Yes, care to categorize any of that?”

Lofgren said, “No, you know our rules don’t allow us to categorize or discuss evidence. New things, new information has come in. Some of it is very pertinent some of it is less relevant, but it’s been a large volume of information that we really pressed hard for the agency to release. They should have done so before we had to issue subpoenas earlier this summer. But there’s now a very steady flow of data coming into the committee, and it’s a huge amount. It takes a little bit to go through it all.”

Wallace said, “I know you tried very hard not to do this, but I believe you just told us something new. I’m going to ask you one more question. There was so much news coverage, great investigative journalism, about the text messages and all the communications from the Secret Service just poof disappearing and the committee not being told in a timely or forthright manner. What you’re describing is a huge amount of information. I’m guessing you found other sources for what you were looking for in the text? Is that right?”

Lofgren said, “I didn’t say what specific types of information. I mean, I really am not at liberty to do that under the committee rules. You know there is there’s texts, there’s emails, there is radio traffic, there’s all kinds of information teams are meeting. So we’re going through everything that’s been provided. More is coming in. As I say, some of it is not relevant, and some of it is. It’s a huge slog to go through it, but we’re going to go through it. The members of the committee themselves have been involved in this. We hope to have that completed soon.”