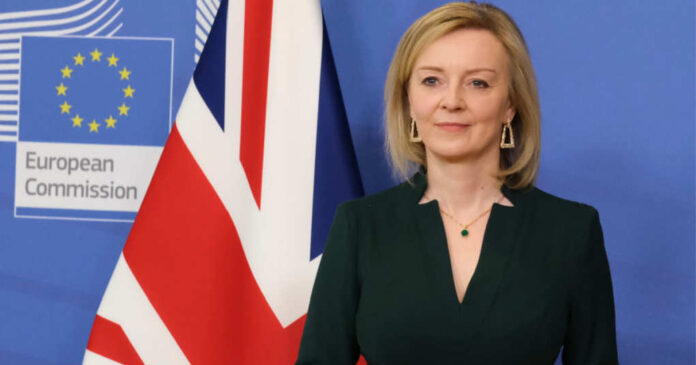 Just before Queen Elizabeth II’s passing, a new prime minister was named for the UK. Liz Truss is replacing Boris Johnson, who announced that he was stepping down several months ago.

While a new prime minister could be a great way to strengthen the relationship between the United States and the United Kingdom, many are showing their doubts. In fact, many suspect that there could be serious issues between Joe Biden and Liz Truss.

Biden once referred to Johnson as a “physical and emotional clone” of Donald Trump.

Right now, many people find themselves asking who Liz Truss is and what her background is.

Since there’s a fresh slate, there’s hope that Truss can help to overcome some of the stumbles that have been in place with the relationship between the US and the UK.

Liz Truss served as a foreign secretary. And she was involved with rewriting the protocol that determined the customs checks that occurred on items that moved from Great Britain to anywhere, really.

One of the biggest issues right now is that there’s an impasse occurring between Britain and the EU regarding the Northern Ireland Protocol. Essentially, it requires extra customs checks on any goods that move from Great Britain to Northern Ireland.

Protocols written by Truss were heavily opposed by Washington as well as the EU.

Nile Gardiner, who is the director of the Margaret Thatcher Center for Freedom at the Heritage Foundation based in Washington has said that Truss is likely to be more assertive on this issue – and many others.

He comments, “I don’t think she’s going to be afraid of telling the US president directly in the Oval Office why America should be standing shoulder to shoulder with the UK on this.”

That poses a problem, however. President Biden and the rest of his administration have proven that they don’t like to be told what to do. They don’t even like to be threatened by conservatives within their own country – so being told that they need to agree with UK on issues is likely to cause some tensions.

And then there’s Joe Biden, who is allowing his Irish heritage to dictate how the US views this kind of move.

The White House and Downing Street have acknowledged that some discussion has taken place.

There’s just one big difference. Biden Officials say that the call focused on protecting the Good Friday Agreement but also the “importance of reaching a negotiated agreement with the European Union on the Northern Ireland Protocol.”

Downing Street’s version doesn’t include taking to the EU.

Bill Keating, a Democratic congressman who chairs the foreign affairs subcommittee on Europe has explained that “There’s no question, and it’s been clearly stated, that discussions on a bilateral trade agreement with the UK and the US would come to a halt because of this issue.”

This spells trouble because it could mean fewer visits between London and Washington. It could also damage the relationship between the US and the UK because of Truss and Biden not being able to get onto the same page about this issue.

As the BBC reports when answering the question of “who is Liz Truss,” she “grew up in a left-wing family but gravitated to the Conservatives as a young adult.”

Essentially, she’s just as conservative as those the Biden administration is battling with right here in the United States. If Biden wants to make the relations work, he’ll have to figure out how to embrace that unity he keeps talking about.