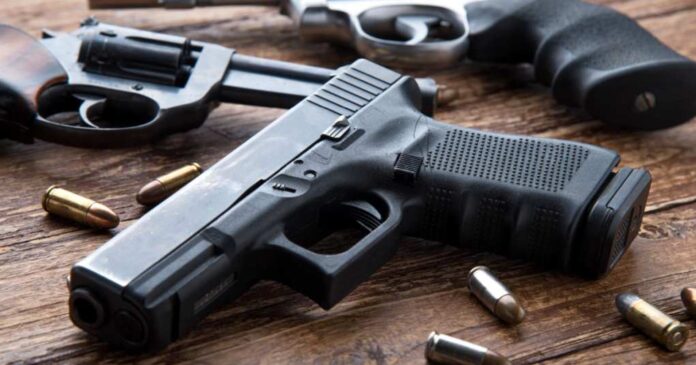 In the United States, purchasing, owning, and using firearms has been a constitutional right since our nation began. While laws concerning things like abortion came about at a much later date, our Second Amendment has been there from the very beginning.

Our Founding Fathers understood that such a law was needed to ensure that the citizens and future inhabitants of this country remained free, for without a way to defend and protect themselves, we, the people, would all too easily become prey for an oppressive and tyrannical government.

However, there have always been those who believe we no longer need such a law or that it creates situations in which are unnecessarily dangerous. You know, those who think that taking away our gun rights will obliterate the threat of school shootings in the US.

Sure, school shootings might become less likely. But school stabbings would likely escalate. Besides, it’s not like criminals care all that much about breaking the law, right? States with strict gun control laws already prove this.

Chicago, for example, happens to sit in one of the most firearm-restrictive states in the nation. And yet, it is and has been for decades, a place where constant death by gunfire is seen and experienced. Labor Day weekend, for instance, saw over 55 shootings, resulting in at least 11 deaths and many injuries.

Most of those were likely committed by individuals who were not properly licensed to carry a weapon, AKA; they were breaking the law already.

But that’s not going to stop those on the liberal left from trying to make sure your legal access to guns is further restricted.

Hell, even the FBI is on the move to deny you your Second Amendment rights.
According to Gun Owners of America or GOA, internal FBI documents and communications prove that they’ve been trying to get you to sign away your rights to self-defense for years now.

It’s called a “NICS Indices Self-Submission Form.” Basically, it is a form that allows individuals to self-report themselves as “a danger” to themselves or others due to one or more “mental-health conditions.”

And by doing so, the form literally says they are signing over their rights to ever use or even own a gun of any kind.

It states, “I understand that completion & submission of this form will result in the denial of my right to purchase, to possess and to use any firearm.”

Additionally, the form forces these people to admit that they “lack mental capacity adequately to contract or manage the details of (their lives).”

Essentially, the form immediately adds their name to the registry of the FBI’s National Instant Criminal Background Check System or NICS. So when you purchase a firearm or anything else that a background check is required for, and they run your name through this system, it will alert and immediately deny your right to such a purchase.

Now, as you can imagine, very few of us would likely ever knowingly admit to any of this, whether we knew it would be taking our Second Amendment rights away or not. I mean, who wants to accept that they officially don’t have what it takes to either use a firearm safely or even manage their own lives?

However, since 2016, when the form was introduced, the FBI has swindled no less than 15 people into signing it. Like I said, not a lot of people.
Additionally, the form and its use were “discontinued” in December 2019.

Still, the fact that the FBI was knowingly and possibly secretly getting people to do away with rights they were born and should die with is a little frightening.
Now, I understand that the whole idea of it was likely created with good intentions, as a way to simply allow those who wanted to be honest about their perceived mental health issues to report as such.

As a spokesperson from the FBI says, “The NICS Indices Self-Submission form was created to provide an avenue for individuals to self-report to the NICS Section when individuals felt they were a danger to themselves or others.”