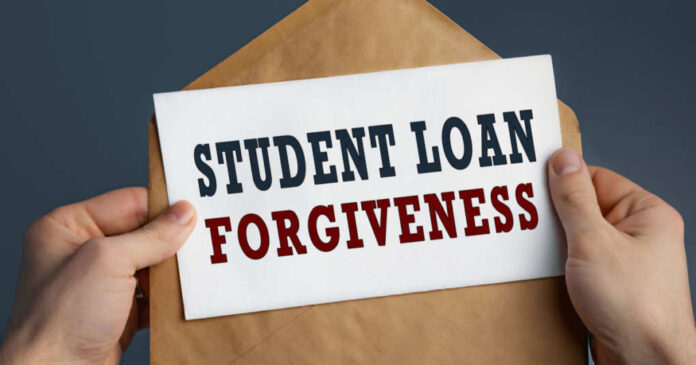 Many current and former college students are preparing to benefit from President Biden’s decision to wipe out at least $10,000 in student loan debt. This unexpected but highly advocated move from the Democrats is just another move from their playbook to buy votes and confidence of their younger voter base especially.

With an upper cap of $20,000 for those who received Pell Grants meeting the income threshold, there is a wide variety of people being targeted to receive these debt reductions if they simply apply for it. People like Halid Hamade, 28, are supposed to benefit from this act, but he feels like it’s not enough. Especially for the massive debt he is under from Penn State University.

After racking up $100,000 in school loan debt in both federal and private loans, he had maxed everything and ran out of funding. So, in 2016 with no completed degree, he left school to complete Merit America’s IT Support professional certificate program, a program that took him just four months and got him to work. Currently thanks to that program he is working as an integration engineer in DC.

Hamade and many others believe that this program doesn’t look at the problems of social inequality or race. In their eyes, this program should be focused on making their lives easier because they claim they have so many other areas where their race makes life harder. Others still simply see this as a step towards fixing the education problem, but the wrong way. Hafeez Lakhani is the founder and president of education-focused Lakhani Coaching in New York.

“When I heard about loan forgiveness, I thought it’s misdirected. You are not addressing the bigger problem standing in front of us which is the enrollment decline. The enrollment decline is absolutely linked to affordability.” Currently, at an in-state school, the average is $10,740 an academic year. At a private school, they are $38,070. This staggering difference combined with a lack of research and knowledge is what put people like Hamade in this position, not racism.

He even acknowledged this by explaining that “If I was 18 right now, I would go to community college and get an undergraduate degree by the cheapest means possible. I still see that as a way for people to move forward.” This decision is one many undertake, and why in many smaller schools local colleges offer free associate degrees to attract the best and brightest there to get it knocked out and to save some money.

Other groups have come out to preach about President Biden not doing enough for the communities who believe racism has held them back at every turn. Even though this program is targeted at the same low-income families the race card players claim it isn’t doing enough for them. They instead want a direct loan clause specifically for minorities, to help ease the burden that they claim white borrowers aren’t feeling.

Never mind which side of the race card you look at, this program is designed to reward those who won’t pay a debt they agreed to. It instead passes that debt along to the American taxpayer. No discrepancy about making people who already paid for their college, and no discrepancy on race or other things that might have prevented them from paying their loans according to the race card. The fact that they even tried playing it should let you know just how deep in President Biden’s pocket they have become. All just to play the race card.