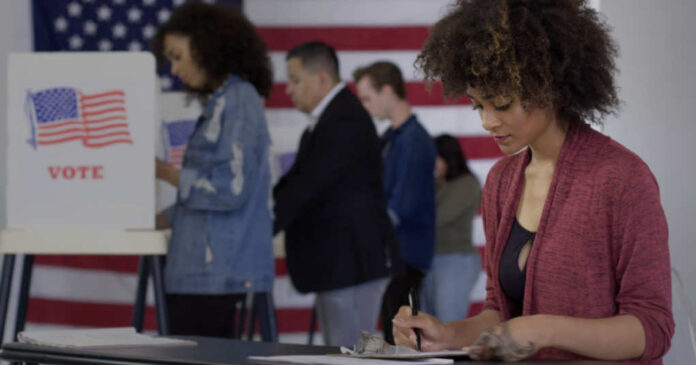 In less than two months, Americans will be headed to the polls to cast their votes on countless important positions within our government. Members of Congress are trying to hold seats while new individuals are trying to steal seats. And even various seats in governors’ houses across the country are up for grabs.

We have to look at what the most important issues are. The politicians who focus on the issues are more likely to win – and those who ignore the top issues will fall.

Some candidates refuse to address any issue of importance. A perfect example is Stacey Abrams of Georgia, who simply wants to talk about how there is voter fraud and how she should have won the governor’s seat during the last election.

And then there’s Beto O’Rourke of Texas who thinks that he can turn the entire state of Texas blue by taking guns away from law-abiding citizens.

Really, though, what is the biggest concern for voters?

It’s not the economy, which is a big change from a few months ago.

In a recent NPR/PBS Newshour/Marist poll, 30 percent of respondents listed inflation as the top issue. That’s actually down from 37 percent a few months ago.

The good news about that is that inflation is showing signs of slowing.

It’s still an issue, though – and it is commonly cited by many as something that they are thinking about.

There’s another issue that is gaining, which is abortion.

Since Roe v. Wade was overturned by the Supreme Court, it has become a major issue of debate. Some believe that the Supreme Court was wrong to overturn it while others believe that it should be an issue decided at the state level. And, of course, the Democrats have politicized it by saying that SCOTUS is an “activist” court and that Republicans are focused on abolishing abortions.

Abortions are allowed in all states. The issue is when it’s considered illegal for abortions to be performed – and many conservative states are choosing to make it illegal as soon as a heartbeat has been detected.

61 percent of the respondents of the poll have said that the SCOTUS decision has made them more likely to vote in the midterm elections.

Democrats continue to have an edge over Republicans, too – with more of the poll’s respondents saying that they would support a Democratic candidate. That edge is slowly being lost. In the past three months, the poll has shown that respondents would support a Republican candidate more likely – from 41 percent to 44 percent claiming such.

Right now, we’re interested in seeing if the “wins” of the Biden administration have any impact on how people will vote. Of course, you might be wondering what those wins are…and there really aren’t any. However, the liberal media will argue to say that Biden is winning with his forgiveness of student loan debt as well as by passing the Inflation Reduction Act.

We’ve yet to see if the Inflation Reduction Act is capable of doing what it says. And with the Fed still driving interest rates up, many people are still feeling the pinch. Economists even warn that the country is racing toward a recession.

And for those who are going to see some student loans forgiven, those living in states where they’ll have to pay taxes may not love Biden right now.

It all comes down to the individual. What are the issues that are plaguing you and your household right now? Pay attention to what the politicians are focused on. If there’s an issue that doesn’t affect you, don’t let a sweet-talking liberal make promises that won’t have an impact on your life. We’ll need to show the liberal media what REALLY matters when we head to the polls in November.