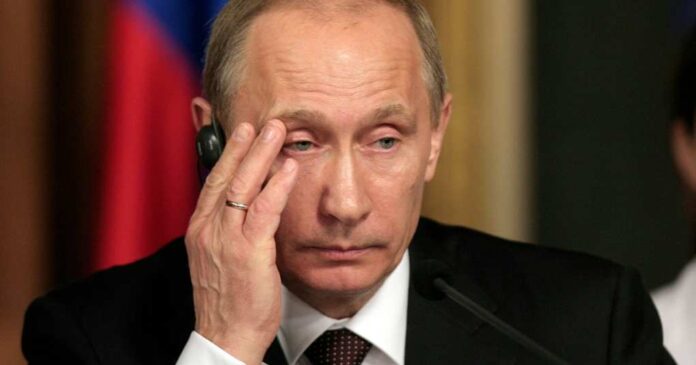 Unlike the Democrats here in the US, Russian politicians expect greatness from their leaders and are willing to get that greatness at all costs. With Russia’s latest attempts to take over Ukraine, and the subsequent failure to do so, as well as public shaming of their military, many leaders in Russia are fed up with the failures and excuses by Putin and the Kremlin.

A petition was posted by Xenia Torstrem, a deputy in St. Petersburg’s Semyonovsky District, was originally signed by 19 officials, and that number has now climbed to 30. This petition is translated as saying “We, the municipal deputies of Russia, believe that the actions of President Vladimir Putin harm the future of Russia and its citizens. We demand the resignation of Vladimir Putin from the post of President of the Russian Federation!” This kind of demand in a petition is unusual in Russia, but not out of line.

This comes in hot on the heels of a Ukrainian counteroffensive to reclaim territory in the northeastern part of the country, where they have driven many of the occupying forces back to the border. This has allowed the Ukrainian forces an opportunity to get back territory that has been under Russian control for some time and is quickly leading to the country returning to full strength.

On the Russian side, they have been suffering incredible losses of both troops and equipment. From farmers taking tanks that ran out of fuel, to the Ukrainian military and militias devastating entire squads of Russian soldiers for crossing into their towns there has been great loss. A once-storied Russian military has proven itself to be more disorganized and poorly trained than a JROTC unit on their first field exercise.

The publication this conflict has received due to the lack of other global conflicts to report about has flung a lot of mud in face of the Russian people. This mud is what prompted the petition, which features signatures mostly from municipal deputies serving in Moscow and St. Petersburg, although the signatories also include officials from cities like Samara and Yakutsk.

It also follows the first election since the offensive, and the election of 31,000 officials nationwide. This election also has ample accusations of the Kremlin’s opposition alleging widespread voter fraud, and vote-rigging. These allegations put municipal deputies at an enhanced risk, and encouraged the enforcement of the Kremlin’s law criminalizing the spreading of “fake news” concerning the conflict, a subject Putin considers to just be a “special military operation.”

News like this only emboldens the people of Ukraine. They know that they are fighting the good fight and that they are getting their people the rescue and treatment that they need. Something that has been missing from the country for some time now. As they reclaim their land from the Russian offensive, they are reminded just how strong they are as a nation, and how much the world supports their right to remain a free nation.

Ukrainian President Volodymyr Zelensky has continued his daily addresses to the country about the status of the war. On September 11th, he delivered a strong message of reassurance to the Ukrainian people. “The path to victory is a difficult one. But we are sure: you are capable of it. You will reach our border, all its sections. You will see our frontiers and the enemies’ backs. You will see the shining of the eyes of our people and of the occupiers’ heels. They will call it ‘goodwill gestures.’ We’ll call it a victory.”

With a message like this, the demand of Putin to step down is not alarming or shocking. Rather it is a surprise that it has taken this long for petitions to be formed. Given demonstrations that the Kremlin had to quickly silence in opposition to the invasion, this only reaffirms that the Russian people don’t want their countrymen there, or Putin in office.