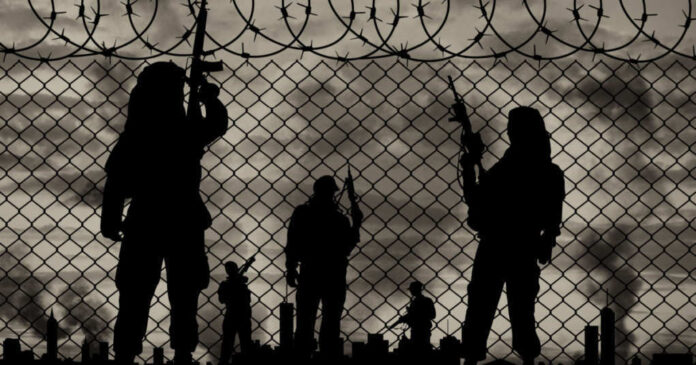 Imagine thinking it’s a good idea to get on a cargo ship and sail away in support of ISIS. And, then, imagine doing so without thinking that you’re going to get caught. Crazy, isn’t it?

Yet, one couple did exactly that – and got caught.

James Bradley and Arwa Muthana paid $1,000 to board a cargo ship that they believed would take them to Yemen. Once in Yemen, they would fight for the Islamic State. As Muthana told investigators once she was taken into custody, she was “willing to fight and kill Americans.”

It’s sad to think that there are terrorist supporters living right here in the United States. Even after all that has happened, including 9/11, there are Americans who believe that the terrorists are the ones who need support.

Bradley is only 21 and lives in the Bronx. Meanwhile, Muthana is from Alabama and is 30.

The couple is married. They were arrested in New Jersey.

Within the U.S. Attorney’s Office in New York’s Southern District, they have pleaded guilty.

The arrest happened relatively easily. The person they paid the $1,000 to was an undercover NYC police officer.

And this isn’t the first run-in the couple has had with the law. Bradley told the FBI in a voluntary interview conducted in 2019 that he didn’t support the Islamic State because they killed innocent Muslims. The following year, he told an undercover officer that the Islamic State “may be good for Muslims.”

Bradley explained that if he weren’t able to travel overseas, he would attempt an attack on the U.S. Military Academy located in West Point, New York.

Fast forward to 2021 and Bradley married Muthana. The two began plotting a way to get to Yemen so that they could fight for the Islamic State.

Bradley had brought waterproof clothes and boots for his trip. He had planned to toss his ID and passport into the water. According to the complaint, he told officers of his plan. His goal was to get rid of his identification so that if he were caught, they wouldn’t know who he was or where he was from. “They can’t send me back there, they got no evidence.”

Only, Bradley was caught before any of his plans could take hold. And now he and his wife are facing maximum sentences of 20 years each in prison.

There are other stories out there like this one, too. And almost every time, the individuals are caught. They think that they can get away with something – and they somehow believe that they are justified to kill innocent people while supporting a terrorist organization.

Reports across the globe are stating that ISIS is growing stronger. And much of that is because Afghanistan is in the hands of terrorists once again. Biden basically gave them a country so that they could grow their numbers and grow their strength. What he was thinking, we’ll never know – and the world is in peril because of his actions.

We can only hope that police officers and FBI agents will continue to run sting operations like the one in New York/New Jersey to catch those who want to support the terrorists. The last thing we need is for more terrorist attacks to happen in the world, let alone on American soil.