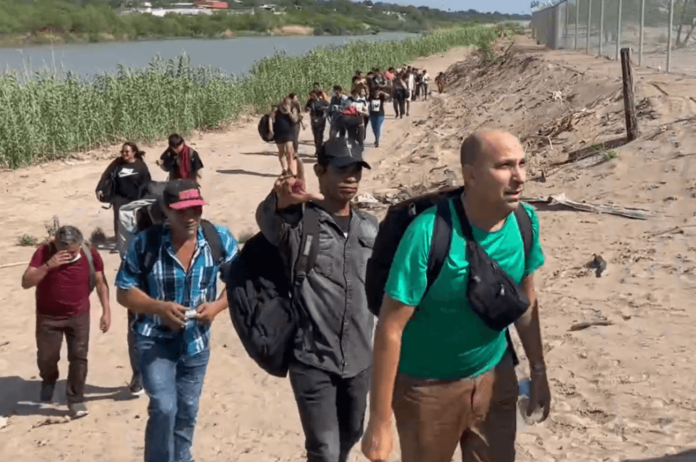 The establishment media has published many negative opinion articles in the last few days, dubbing Gov. Ron DeSantis’s (R) chartered flight of migrants as a “disgraceful stunt,” to “whip up” “deeply cynical” “anger.”

But in reality, the passengers on the flight of migrants to the elite destination of Martha’s Vineyard are just a tiny percentage of President Joe Biden’s mass migration since January 2021. For perspective, Del R?o, Texas encountered 28,000 migrants in the single month of October 2021.

The Democrats on Martha’s Vineyard are in such an upheaval about the 50 migrants they have called the situation a “humanitarian crisis” and have expelled the migrants, along with considering legal action.

Farah Stockman, a member of the New York Times’ Editorial Board, wrote an article with the headline, “The Martha’s Vineyard Migrant Stunt Is Making One Truth About This Country Clear.” In the article, she claimed the flight was a “part of a not-so-secret Republican plan to whip up anger against Democrats ahead of the midterm elections.”

NBC published, and later deleted, a tweet quoting “a founding member of a foundation which helps refugees,” who compared the migrants to “trash.”

The governor has been threatening for months to send migrants to the island that is the summer home of former President Barack Obama, and the Florida Legislature has provided some $12 million to allow him to continue to use migrants as political pawns.

If the point was that states and localities that expressed their values in immigrant sanctuary laws — as Massachusetts has — should be held to account, should actually live up to those values, then so be it.

Dr. Jose Rodriguez, a reverend in Orlando, wrote in the Orlando Sentinel that the flight “cruelly attacked our migrant neighbors.” In an article titled, “DeSantis has betrayed Florida’s values of refuge, hospitality,” Rodriguez claimed that “Florida politics have embraced the idolatry of the age.” He further claimed the flight violated Florida’s “duty of care to our neighbors.”

He continued with parts of Emma Lazarus’s sonnet: “Keep, ancient lands, your storied pomp! … Give me your tired, your poor, Your huddled masses yearning to breathe free, the wretched refuse of your teeming shore. Send these, the homeless, tempest-tost to me.”

Rodriguez made no mention of Biden’s “trafficking” policies or the fact that Massachusetts is a sanctuary jurisdiction. Florida is not.

On Friday, the White House convened a meeting “to discuss a range of pressing immigration issues — including ‘litigation options’ to respond” to the migrant transportation to exclusive locations, Axios reported. Later in the day, the migrants were expelled from the exclusive island and taken to a military base.

“These are the kinds of tactics we see from smugglers in places like Mexico and Guatemala,” Karine Jean-Pierre claimed, referring to the flight, not to the expulsion from Martha’s Vineyard.