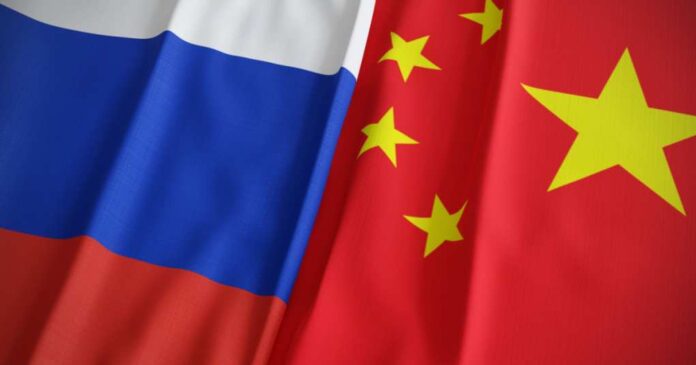 Russian President Vladimir Putin not only has to be worrying about the consensus against him in the West, but now he is admitting that there is some friction between his country and China.

Putin hinted at the tension in Russia’s relationship with China by publicly admitting that Beijing has “questions and concerns” about Moscow’s military operation in Ukraine.

This now comes on the heels of the major setbacks Russia’s forces have faced on the front lines in Ukraine.
Putin was speaking at a high-level summit in Uzbekistan when he acknowledged potential disharmony with Xi Jinping. This shocking news came as they had their first face-to-face meeting between two countries’ leaders since the war in Ukraine began.

Putin declared that he highly values a balanced position with his Chinese friends when it comes to the Ukrainian crisis.

“We understand your questions and concern about this. During today’s meeting, we will of course explain our position,” Putin said.

When Xi made his public remarks regarding the exchange between leaders at the summit, he did not mention Ukraine. Most experts agree that Russia needs Beijing’s support for the invasion because of the drastic Western sanctions that have been imposed on Russia. China’s markets for energy exports and imports for hi-tech goods are essential for the Russian people.

When Putin and Xi met the last time, they both signed a “no limits” friendship agreement between the two nations. But it was just three weeks later that Russia invaded Ukraine.

Since the war began, China has tried to walk a fine line. They have criticized the Western sanctions against Russia, but they have not endorsed or assisted Russia in any military campaign.
This new tension with China comes after the blitzing Ukrainian gain in the war. Putin has not yet talked about the gains Ukraine made and the hurdles that Russia faces from the Ukrainian advance that took back land Russia took in the early stages of the war.

Russian troops abandoned dozens of tanks and other vehicles as they ran back across the border or just laid down surrounding in the streets.

It has been reported by Kyiv that they recaptured more than 3,000 square miles this month.
This summit took place while both Putin and Xi are attending the Shanghai Cooperation Organization in Uzbekistan. This is a gathering of largely authoritarian states and it is viewed by many as a new, growing power block that could rival the West.

This summit is the first time the Chinese president has traveled outside of his nation since the start of the COVID-19 pandemic.

Putin made it clear to Xi that Moscow backs Beijing’s “One China” policy, and they oppose “provocations” by the United States in the Taiwan Strait. Putin referred to China’s demand that other countries do not recognize Taiwan. “We intend to firmly adhere to the principle of ‘One China’,” Putin said. He added that Russia “condemns provocations by the United States and their satellites in the Taiwan Strait.”

The United States does not have formal diplomatic relations with Taiwan, but America is bound by law to support the island with the means to defend itself.

China continues to threaten to use force to bring Taiwan under its control.

“In the face of changes in the world, in our times and of history, China is willing to work with Russia to play a leading role in demonstrating the responsibility of major powers, and to instill stability and positive energy into a world in turmoil,” Xi told Putin.

Xi’s forces in China recently held blockade-style military drills around the island. This came just after the controversial visit that U.S. House Speaker Nancy Pelosi made to Taiwan last month.

Any break in China’s connection to Russia could be devastating for Putin’s future.