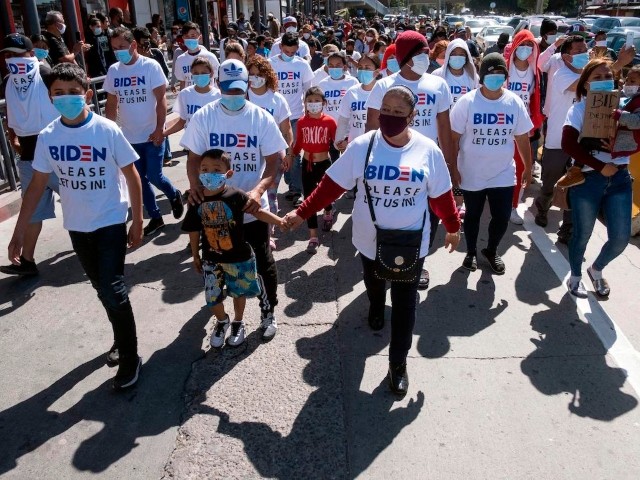 Less than 48 hours after their arrival, officials on Martha’s Vineyard declared a “humanitarian crisis” and claimed they have a “housing crisis” that prevents them from being able to absorb border crossers and illegal aliens, even as the island could shelter six million refugees.

As a result, Massachusetts Gov. Charlie Baker (R) intervened to bus the illegal aliens off Martha’s Vineyard to Joint Base Cape Cod. Some of the illegal aliens are now suing DeSantis, claiming he violated their Fourth and Fourteenth Amendment rights.

Although left-wing attorneys have claimed that the illegal aliens are “very traumatized” by their arrival on Martha’s Vineyard, some of the illegal aliens have told Catholic Charities that they would love to return to the elite island because of “how beautiful” it is:

Since Sept. 18, the migrants have been staying in temporary accommodations at Joint Base Cape Cod. Mazzarella said a few of them said they plan to stay with family and friends in New York. Three said they wouldn’t mind returning to Martha’s Vineyard because of “how beautiful” the island is. [Emphasis added]

Likewise, some residents on Martha’s Vineyard said the Obamas should open their seven-bedroom, eight-and-a-half-bathroom estate to the illegal aliens who want to return to the island.

To house the 50 illegal alien arrivals, residents only needed to open just five Martha’s Vineyard homes so long as each could sleep 10 guests. To Breitbart News’s knowledge, no residents opened their homes to the arrivals.