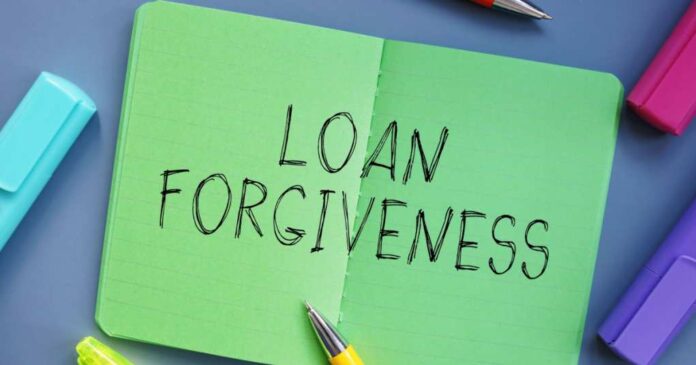 Over the past several weeks since Democratic President Joe Biden announced his plans to forgive student loan debt, you’ve likely heard quite a bit on the subject. The argument for the program is a rather natural one, as those eligible are excited they will no longer be responsible for thousands of dollars in debt they have accrued in the search for higher education.

Of course, that same fact is exactly why so many others aren’t fond of the idea. After all, students with loan debt agree to loan terms, sign up for classes, etc., all with the knowledge that they alone will be held responsible for paying off those debts. And yet, suddenly, they are not.
Understandably, the argument is that it teaches them nothing, neither responsibility, accountability, or sticking to their word or promises.

But that’s only one argument against the loan forgiveness plan. And there are many others, from how it will affect the national debt to how it could negatively affect colleges and universities.

However, one of the latest concerns is the military and, more specifically, their ability to recruit and retain enough individuals to keep our armed service in working and productive order.

As a group of Republican House Representatives recently brought to Congress and the White House’s attention, the loan program may further hinder military recruiting efforts.

Texas’ Representative Pat Fallon wrote a letter to Joe Biden asking that he consider how the new bill might be a detriment to our military forces and what should be done about it. In the letter, Fallon, along with 18 others, noted while the consequences soon to be faced by the military were likely “unintended,” they are something that needs to be dealt with as quickly as possible, nonetheless.

So how exactly would Biden’s debt forgiveness hurt the military?

Well, primarily, it makes the schooling and funding thereof provided by those armed forces seem somewhat unimportant in comparison.

The letter states, “By forgiving such a wide swath of loans for borrowers, you are removing any leverage the Department of Defense maintained as one of the fastest and easiest ways to pay for higher education.”
And I have to say that I agree.

As a parent to a high school student studying their options for a future career and life, the military has been considered at great length because 1) it offers experiences and such that few else get to enjoy in the world, and 2) it rewards your service with paying for additional schooling and training to obtain a career in the private sector later in life without having to be thousands of dollars in debt.

And for those of us who can’t afford to send our child to just any university or school in the country, that definitely makes it an option worth considering.

There are, of course, a great myriad of other reasons the military is a great option for America’s youth, no matter the field they are looking to get into one day.

But now, the few who might be seriously considering service in our military have one more reason why choosing another option might be more beneficial.

Thanks to Biden’s plan, which was announced in August, students both now and in the future could have $10,000 in federal loan debt wiped away for those who owe less than $125,000. Those who received Pell Grants could have up to $20,000 in debt canceled.

According to the White House, the program will affect more than 40 million Americans.
In comparison, the post-9/11 GI bill gives those who have served at least three years of active duty 36 months of in-state tuition and a monthly housing stipend.

I know; it’s still one hell of a deal. The catch is that a certain number of years of active service are required first. And for some, that might be deciding factor.

And as the letter points out, our military services already have difficulty meeting recruiting standards and requirements. While all branches except the Army are expected to meet their recruitment goals this year, it looks like they will barely do so.

This is largely because fewer of America’s youth are eligible and willing to serve than ever before, thanks to competition for similar talent in the private sector and a strong labor market.
And that means Biden’s plan is likely to kneecap them even more.

The letter asks that Biden “develop incentives” to compensate for any loss the military may feel. Wonder if they will.