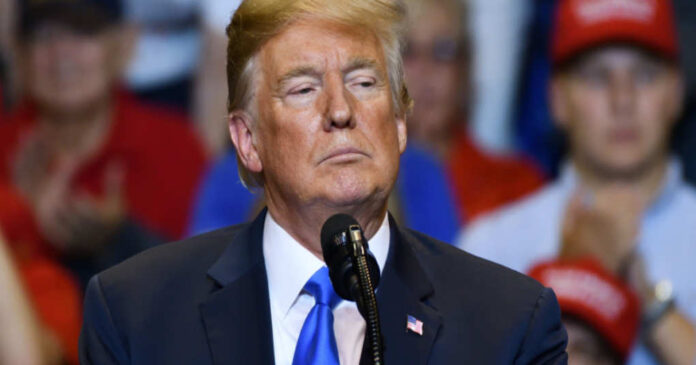 “I sent him a picture of his house,” Trump told Hannity. “He said, ‘But why do you send me a picture of my house?’ I said, ‘You’ll have to figure that one out.'”

President Trump explained how he forced Baradar to back down, adding that he told the Taliban leader he would “hit you harder than any country has ever been hit.”

“I said, ‘If you do anything, we’re going to hit you harder than any country has ever been hit,'” Trump said, adding that Baradar responded by saying, “I understand, your excellency.”

“He called me ‘Your excellency.’ I don’t know if he calls Biden [that], but I will tell you this: We didn’t lose one soldier in 18 months, and by the way, Biden got up and made a speech, and he said that,” the 45th president continued.

“And they didn’t follow the plan,” Trump said of the Biden administration’s disastrous withdrawal from Afghanistan. “We had a plan that was perfect, but they weren’t adhering to it — we were set to get out of Afghanistan. Twenty-one years was ridiculous.”

Trump added that “the other thing we should’ve done is kept Bagram. We have an airbase that cost billions and billions of dollars to build, a long time ago, not for Afghanistan, but for China, one hour away from where China makes their nuclear weapons.”

“And now China is going to be occupying it,” President Trump said.

Part of the sprawling Bagram air base is seen after the American military departed, in Parwan province north of Kabul, Afghanistan, Monday, July 5, 2021. The U.S. left Afghanistan’s Bagram Airfield after nearly 20 years, winding up its “forever war,” in the night, without notifying the new Afghan commander until more than two hours after they slipped away. (Rahmat Gul/AP)