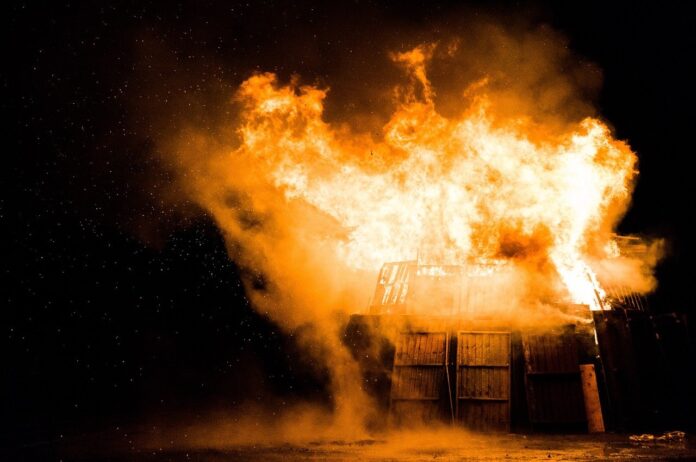 No one likes to think that there is the possibility of a bomb attack in their city. Most people like to think that their city and state are safe from the lunacy of the liberal world. But the facts tell a different story that these sad events can take place anywhere and at any time. But the sad part is when they could have been averted if the reports about a person were taken seriously.

The insane man that blew up his camper on Christmas Day was not an average person. His girlfriend stated that her lover had been making bombs out of a camper for the better part of a year. And when she reported the issue, things did not take place the way they should have.

Pamela Perry is the female that is claiming to be the girlfriend of Anthony Warner. Back in 2019, Perry is said to have made suicidal threats to Warner. So, when the police arrived, there were two guns that belonged to the bomber, and it was then that she alerted the police that Warner was making bombs. She stated that he was “building bombs in the RV trailer at his residence.” The perfect place where no one would actually look for bomb-making materials.

The police went to Warner’s home but found no reason or crime that would allow them to enter the property. Warner even refused to open the door for them to come inside. Perry’s attorney even stated that Warner “frequently talks about the military and bomb-making. (Throckmorton) stated that he believes that the suspect knows what he is doing and is capable of making a bomb.”

With several testimonies coming back that bombs were being made, one would think that the bomber would have been watched or at least searched on probable cause. But as the search for cause blame continues, everyone will come out with excuses as to why it is not their fault.

Warner was not previously suspected of any crime or was even being watched by the police. Law enforcement did not have the right to march into the man’s private residence, demanding to look around.

The bomb went off, and over 40 buildings were damaged, and eight different people were hurt. There is still no motive left for the attack. It is like Warner just off the deep end. There is a lot of speculation but no concrete proof.

They suspect Warner is the bomber because they found some of his remains and clothing that he had been wearing. With no motive in the works, law enforcement is hard to place blame or even determine if anyone else is behind the attack.

Federal agents are also on the scene, and they think that it will take days to sift through all the debris to collect their evidence. Some of the areas have been opened up for cleaning, but much of it is still locked down tight.

Business owners and residents are still in shock over the bombing. Pete Gibson is a business owner, and he stated that “This year’s been tough. “But right when we get a little light at the end of the tunnel, it all goes away in two seconds.”

2020 has been a year that many people would love to forget. For the business owners in Nashville, this event adds to the pile of stress markers that they have to deal with. But these are the kinds of acts of terror that can be expected if Democrats have their way with defunding police on a national level.

Progressive in the House are moving to introduce legislation that would force a reform to take place on law enforcement all around the country. The Democrats hate law, and they certainly do not like police officers. Given a chance, they will disarm the police and put them out of business.

President Trump won the endorsement of every major police association. Something that had never been done before. He supports law and order because he wants to make sure that these acts of terror do not happen on American soil. Joe Biden would turn a blind eye to this attack as he seeks to strip away the means of protecting life, liberty, and property.