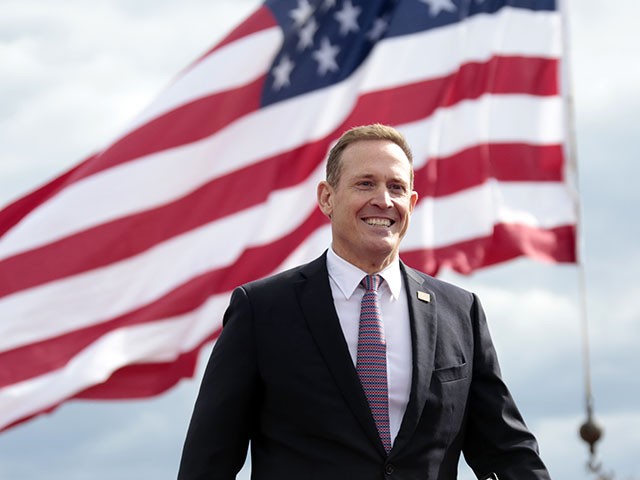 Trump said as he introduced Budd:

Ted is truly the candidate and is said to be the candidate of a thing called law and order. You know, that used to be a term you’re not supposed to say. We’ll say it all the time Ted, and as a gun store owner, Ted will always defend your Second Amendment. So I’d like to ask Ted Budd to come on up and say a few words.

Budd came on stage and welcomed Trump back to North Carolina.

“Wow, Mr. President, I think I can speak for all of us here who are glad to have Donald J. Trump back in North Carolina,” Budd said.

Budd then told the crowd he would not back down when it comes to Trump’s America First agenda.

“When it comes to the America First agenda, President Trump didn’t back down. And when you endorsed me, you said ‘Ted, it’s because you didn’t back down.’ So I want to let you know that I’m not gonna back down either, friends,” Budd said. “Mr. President, we just want to say thank you. We want to thank your whole family as well. Now let’s go win this for our country.”