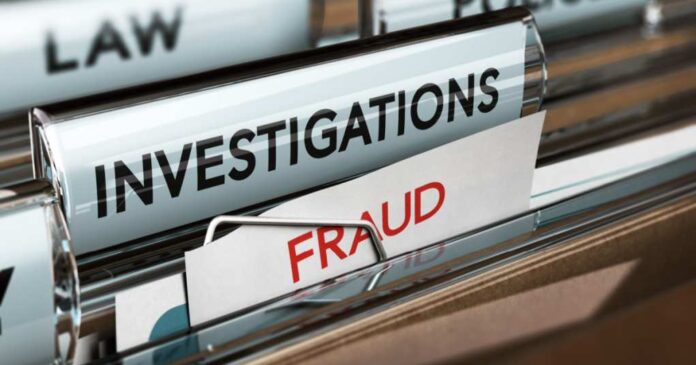 People living in Minnesota are under attack by Democrats wanting to destroy the presence of law enforcement around the state. The unpopular defund the police movement took hold under liberal support, and now the state is suffering a massive crime wave. Criminals are getting away with any crime that they can come up with. But when the crime hits Democrats in the pocketbook, they are to stop the drain of funds so they can keep their money.

Law enforcement discovered that a group of people had found a way to steal $250 million fraudulently. At least 48 people were arrested and charged accordingly for their part in frauding the federal government. The program in question was set up to help children living in low-income homes to have meals.

Those involved in stealing from the government had set up fake companies and made it seem like they were providing food to kids around the state. They would then seek payment for their service from the U.S. Department of Agriculture. The money was refunded to the companies in question. But the problem was that no meals were served, and the reimbursement amount was fake.

ABC News reported that Feeding Our Future was the parent company that submitted the claims. Officials claimed that the founder and executive director, Aimee Bock, was the head of the fraudulent crimes. Bock and others supposedly received kickbacks for their actions and used the money for personal expenditures.

The Democrats realized that fraud would cost them a lot of funds under their control. And that is just something that they cannot fathom. The U.S. Department of Justice discovered hundreds of cases where people were committing fraud to gain access to funds to help ease the pandemic stress on the economy. The department is involved in over 1,000 cases involving over $1.1 billion.

Andy Luger, the U.S. attorney for Minnesota, indicated that the federal government was asked to reimburse funds for 125 million meals that never were given to the kids. The problem was that the criminals were not as clever as they thought.

The program’s perfect record caught the investigators’ attention, and the ring was exposed. The investigation showed that in one case, a form claims that 2,500 meals were served in one week. The form also shows that not one kid was absent for the week, and no one ever called in sick.

Luger stated that “These children were simply invented.” So far, the federal government has gotten back $50 million. And they expect to find more.

The 48th person indicted in the case was found trying to flee to Ethiopia but was apprehended before they could leave. They knew law enforcement was closing in, and they tried to escape.

ABC News also reported that court documents indicated “the alleged scheme targeted the USDA’s federal child nutrition programs, which provide food to low-income children and adults. In Minnesota, the funds are administered by the state Department of Education, and meals have historically been provided to kids through educational programs, such as schools or daycare centers.”

The pandemic provided the perfect cover for people to cover their tracks as they engaged in criminal behaviors. They took a page out of the Democrat’s playbook and learned to hide criminal mischief behind a controversial issue. All they had to do at that point was sit back and let the money flow into their accounts.

Bock’s company claims to operate over 200 organizations throughout the state. Each form that was submitted was fake. But the money they would receive was genuine. Each organization claimed to feed thousands of kids, but records show that there was not enough staff recorded to provide such services.

Greed is the one thing that usually brings a person to justice. They continue to submit their fraudulent forms hoping never to get caught. They get comfortable and begin to make errors hoping no one takes notice.
The Democratic Party operates much in the same way. They hide their true intentions behind a controversial issue. And they hope that no one will take notice of their actions. But at some point, they will be caught and be forced to answer for their crimes.