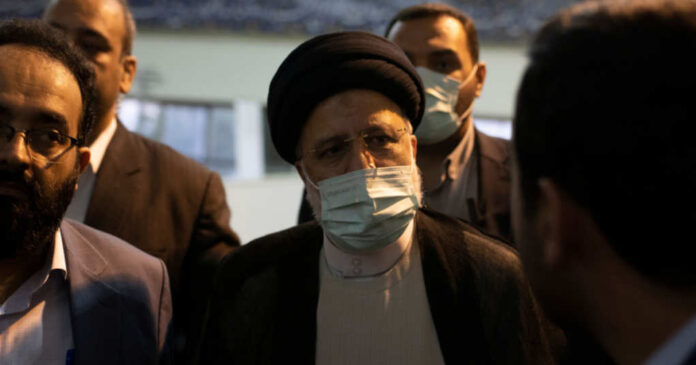 Iranian president Ebrahim Raisi has withdrawn from a planned interview with CNN’s anchor Christiane Amanpour at the United Nations General Assembly in New York on Wednesday after she resisted an ultimatum to wear an afghan.

A little over 40 minutes later, the interview was set to begin and due to Raisi being behind, an aide informed Amanpour that President Obama had suggested wearing the head scarf. Amanpour claimed she “politely declined.”

Amanpour was born in the Iranian capital Tehran and is a proficient Farsi speaker, revealed the head-covering she puts on when covering stories in Iran to conform to local customs and laws, “otherwise you couldn’t operate as a journalist.” She also said that she wouldn’t cover her head for interviews with Iranian officials outside of a country where it’s not permitted.

“I very politely declined on behalf of myself and CNN, and female journalists everywhere because it is not a requirement.”

Iranian law requires ladies to cover their head cover and loose-fitting attire during public appearances. This rule has been in force in Iran since 1979. Islamic Revolution, and it is mandatory for all women within the country, including visitors, political figures and journalists.

Amanpour claimed that Raisi’s aide had made it clear that the interview, which was one of the Iranian president’s first appearances on American ground – could not occur if she did not wear an afghan. The aide described the issue in terms of “a matter of respect,” considering that it’s the holy month that are Muharram and Safar, and also referred to “the situation in Iran,” referring to the protests taking over throughout the nation, Amanpour said.

The anti-government protests broke out throughout Iran this week following the death of 22-year-old Mahsa Amini during his detention after being detained by the morality police of Iran for allegedly breaking the law with regard to head scarfs.

Many individuals are taking to the streets and some women have cut their hair and burned their hijabs to protest against the law. Human rights groups have revealed that at least eight people were killed during the protests that were confronted with a scathing police crackdown as per video footage and witnesses posted via social networks.

The protests are the largest-scale demonstrations of disobedience to the rule of the Islamic Republic and has grown more severe since the establishment of the hard-lined government of Raisi in the year. In the aftermath of eight years of the moderate government, Iran elected Raisi, an ultra-conservative chief of the judiciary whose opinions are in line with the opinions of the country’s influential clergy and the Supreme Chief Ayatollah Ali Khamenei.

In Iran it is believed that the scarf worn on one’s head can be a powerful symbol of a string of personal rules enforced by the country’s clerical authorities who decide what people are allowed to wear, watch, and perform. In the past 10 years, protests have erupted since a lot of Iranians have become angry about these restrictions.

The death of Amini has led to an outpouring of anger that has been simmering for years over the restrictions placed on the freedoms of individuals. Reports and surveys in recent times have shown that an increase of Iranians is not convinced that the hijab, also known as a scarf for the head, should be obligatory.

Iranian officials have said Amini passed away due to a “heart attack” and falling into a coma. However, her family has said there was no heart disease, as per Emtedad news which is an Iranian conservative media outlet. There is a lot of doubt about the official claim of her death has been a major factor in the public outcry.

The footage, which was published by Iran’s state media revealed Mahsa Amini collapsed in the “re-education” center where she was taken by morality police to get “guidance” on her attire.

Amanpour had planned to question Raisi about the death of Amini and the protests and also the nuclear agreement and Iran’s support in support of Russia in Ukraine however, she stated that she was forced to leave.

“As protests continue in Iran and people are being killed, it would have been an important moment to speak with President Raisi,” she wrote in a tweet.