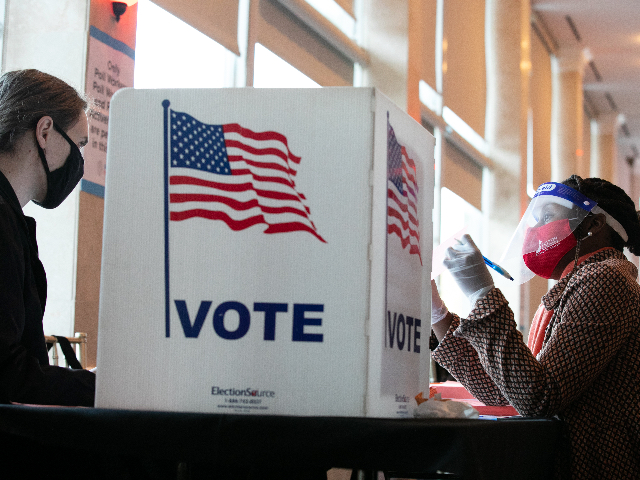 Cahaly, whose firm was one of the few to predict former President Donald Trump’s win in 2016, opined that attempting to manipulate race outcomes was a leading reason for polling being off ahead of the 2016, 2018, and 2020 elections.

Cahaly continued, “So if the failure doesn’t get you fired, then they’d fail, or was their goal to kind of create a narrative that their university or their media outlet was behind? Again, none of them got replaced. … You go, ‘Wait a minute, maybe they didn’t fail. Maybe we’re mistaken to think their goal is to get it right.’ So let’s let’s start by thinking that way.”

The Trafalgar Group, a Georgia-based firm that earns a high A-minus rating from election analyst FiveThirtyEight, has become known for polling top battleground state races in a simplistic and brief style.

Cahaly said that in addition to pollsters seeking to affect races, “long questionnaires,” which are the opposite of what Trafalgar uses, are an accuracy death knell.

“One of the things that we think automatically skews your poll the wrong way … long questionnaires. These guys, they have this model, and it’s been passed down from generation to generation. They’ve written all their books about it, and they believe you have to ask these long questionnaires,” Cahaly said. “Well what I will tell you, in 2022, frankly, in 2016, people have lives. Nobody answers the phone and says, ‘Oh yeah, I’ll be glad to answer 45 questions,’ not normal people. The number one question we get is, ‘How long is this gonna take?’ … You lose normal people.”

The poll responses are more limited with long questionnaires, Cahaly said, noting respondents end up being “people who care too much on the right or the left” or people who are bored.

Cahaly said his firm also uses a number of channels for poll data collection, including text and email, which fit with “modern” lifestyles.

Another mistake he sees pollsters making is “they don’t allow people ways to participate that meet their lifestyle, so this reliance on just live or automated calls– First of all, I’m not a big believer in automated because it’s pretty much just going to landlines,” Cahaly said, adding, “Tell me who still has landlines.”

“The model is broken,” Cahaly concluded. “People are different than they’ve always been. They’re not sitting around the parlor waiting on the phone to ring to take a political survey.”