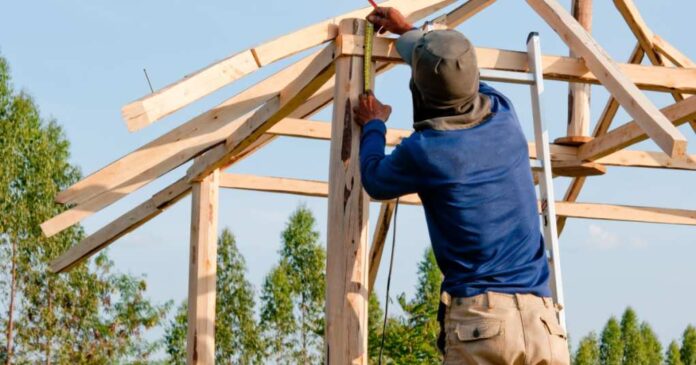 Home prices are all over the board. Many prices are crashing because the interest rates are so high. With the interest rates more than doubled from what they were a year ago, the buying power is less. For the same mortgage payment, homeowners could have bought a $500,000 home last year. Now, a $350,000 home will result in the same mortgage payment. And that’s all thanks to the Fed trying to keep us from crashing into a recession.
With not as many people lining up to buy homes, let alone build them, homebuilders have had to make a tough choice. They’ve had to drop their prices.

But, is that really a good thing? It shows that there is economic distress.

The homebuilder sentiment within the National Association of Home Builders/Wells Fargo Housing Market index fell to 46 – a three-point drop from August to September. Anything below 50 is negative.
At least 25% of the builders around the U.S. have reported lowering their prices because of the surge in lending rates.

Lowering rates sounds like a good idea. However, land, labor, and materials are on the rise. That means that it’s harder for builders to lower prices.

In order for a builder to survive, they have to lower the prices. What that means is that it could impact the overall quality of the home. And for the builders, it may cut deeply into their profits.

The declines have been steady – and the sentiment is at the lowest it has been since May 2014. In January of this year, when interest rates were sitting at half of what they are now, sentiment was an impressive 83.
It’s obvious that the rising rates are the reason for the negative sentiment.

NAHB Chairman Jerry Konter, who is a developer and homebuilder from Savannah, Georgia, spoke with CNBC to offer an explanation. “Buyer traffic is weak in many markets as more consumers remain on the sidelines due to high mortgage rates and home prices that are putting a new home purchase out of financial reach for many households.”

The chief economist at NAHB offered even further insight, explaining that “more than half of the builders in our survey reported using incentives to bolster sales, including mortgage rate buydowns, free amenities, and price reductions.”

The sentiment also varies depending on the part of the country. In the west, the sentiment is actually down to 41, a decline of 10 points. One of the reasons for this is that home prices are already so high – and this includes many of the most expensive housing markets of California. In the South, the sentiment is the highest at 56, though it did slip 7 points in the past three months.

Builders are feeling a significant amount of pressure to lower prices so that people can buy their homes. Unfortunately, we haven’t seen the Fed started to lower interest rates. That means that there will be continued pressure.

Land and materials are at all-time highs, which means that there are some instances where home prices cannot drop.
What happens when inflation is over and we go crashing into a recession, though? Land will not be as high. And material prices may come down, too.

It could lead to many people owning homes where what they owe doesn’t match the value – and that’s what happened in 2008 during the housing market crash.

Lowering prices isn’t a good thing in this instance. It’s a red warning flag that the housing market is in trouble.