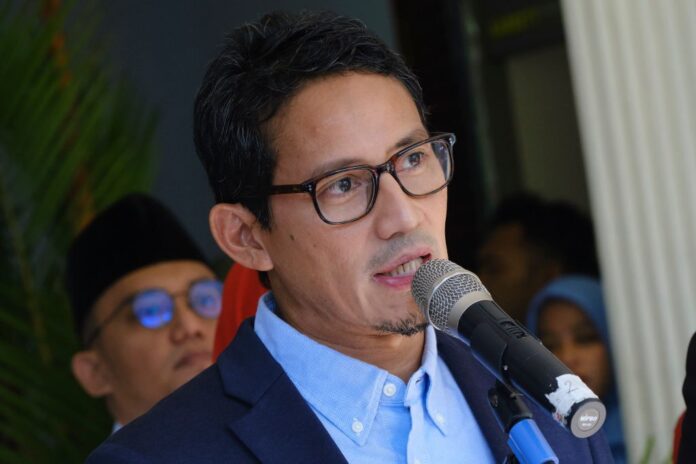 The ministry launched a trial “Work From Bali” campaign in January that encouraged Indonesian government workers to travel to and work from Bali. The campaign has proved successful, resulting in a marked increase in the number of tourists visiting the island, Indonesian Tourism Minister Sandiaga Uno said on May 31.

“We began in January, and we see this is increasing our effectiveness in reviving tourism in Bali. From around 2,000 to 2,500 visitors per day [it has increased] to about 7,000 to 7,500 visitors, so about a threefold increase,” Sandiaga told reporters at a press conference in Jakarta.

The number of tourist visits to Bali per day “is still below the number of daily visits to Bali before the [Chinese coronavirus] pandemic, which could reach 17,000 people,” Sandiaga noted, according to the Indonesian news site Detik.com.

“There will be at least 16 hotels located in the Nusa Dua area [of Bali] managed by the Indonesia Tourism Development Corporation (ITDC),” according to Detik.com. The hotels “will cooperate in providing accommodation and hotel facilities with the [Indonesian] Coordinating Ministry for Maritime Affairs and Fisheries.”

The Indonesian government’s “Work From Bali” initiative “has been met with criticism from various experts, some of whom pointed out the inefficiency aspect of allocating the state budget into this scheme,” Indonesian news site Coconuts Jakarta noted on Monday. Indonesian officials have responded to public concerns over the program’s financing by stressing that “the initiative requires no extra budget,” according to Coconuts Jakarta.

“This is what’s interesting, if we can be efficient without adding budget but simply reallocating existing budget [sic]. This is a form of adaptation amid the pandemic, a government policy that’s right on its target, benefits, and is timely,” Sandiaga said at Monday’s press conference.

Indonesia’s Ministry of Tourism and Creative Economy on Monday suggested it may expand its “Work from Bali” initiative to other Indonesian islands, such as Labuan Bajo in eastern Indonesia. The Indonesian government would need to address various obstacles, such as limited internet connections on some remote tourist islands like Labuan Bajo, before moving forward with such plans, Detik.com noted on Monday.