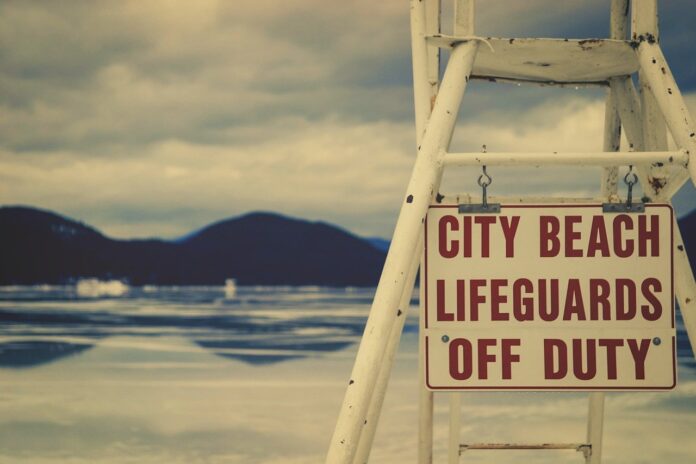 Gavin Newsom is facing recall because Californians hate him. It’s not just because of how he handled COVID, either. It’s because he’s completely incapable of managing the finances of the state.

It turns out that there are lifeguards earning a six-figure income thanks to the help of unions. That’s a lot of money to go running across the beach…

Is Newsom really this clueless? Does he think that he can pay lifeguards this much money without going broke? It may be time for him to take a step back and assess a number of salaries that are being paid by the state government.

In none other than Los Angeles County, where there seems to be the most liberal influence, lifeguards are making a salary higher than some U.S. Senators.

OpenTheBooks.com conducted an audit and identified that there were seven lifeguards earning over $300,000 a year while another 82 were earning over $200,000

In many instances, it was the overtime pay that led many lifeguards to earn more than even CEOs. Some lifeguards happily gave up their days off in order to rack in nearly $100,000 in overtime wages over the course of the year.

Not surprisingly, most of the top-paid lifeguards were men. Only two of the top 20 earners were female – one being a captain and one being a section chief.

Well, you get paid well to save lives, right?

The lifeguards who won the “Medal of Valor” for being brave and saving lives weren’t the ones making the list of the county’s top-paid employees.

The money is at the beach. Those saving lives in the face of Pacific waves are the ones earning the real money. Those playing lifeguard to the pools of LA county are barely hitting $50,000 – and that includes both pay and benefits.

So, why is it that LA County feels justified to pay beach lifeguards the amount of money that they are doing? After all, this is a lot of taxpayer dollars going to such a small section of what goes on in the county.

The unions have fought to get the wages as high as they are. After all, being a lifeguard on the beach is dangerous – and they should be well compensated.

That could be said of firefighters and police officers and EMTs, too – but they’re hardly earning the kind of money that the lifeguards are in LA.

Much of it comes down to the overtime. LA taxpayers shouldn’t have to be footing this kind of bill simply because the county is too lazy to hire more lifeguards. Surely, there are people willing to work on the beach all day and swim out to a person in need periodically?

There are likely countless people applying. However, until there’s the decision to not pay overtime, those in charge of hiring would rather keep paying the overtime. With the ability to make hundreds of thousands of dollars a year, no one seems to be in a rush to hire. It would put the overtime into a thing of the past.

It seems as though Newsom could clearly make some changes while still appeasing the unions. It might be easier to blame the unions, but no one is forcing LA county to pay hundreds of thousands in overtime wages.

If lifeguards are making this much, how much are other employees across the state being overpaid? It appears that Newsom may have just found some added money in his budget. Now, it’s up to him to do something about it.