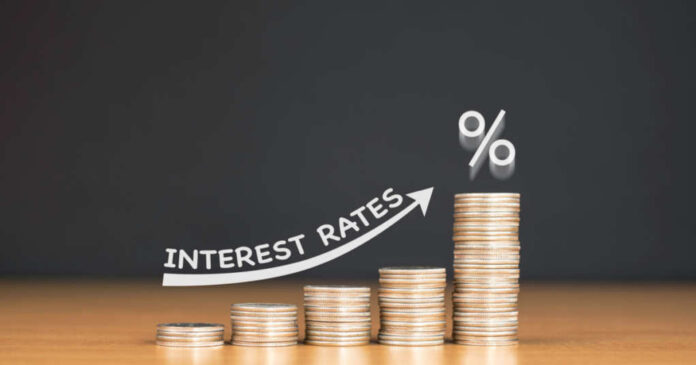 Over the last year, it would be hard not to notice the changes to our economy. It might have started with COVID-19 and its subsequent pandemic, but now, two years later, we are still suffering. Crises after crises have befallen us, from immigration to multiple supply chain issues.

As a result of those and the decisions of those in power, inflation is skyrocketing. Or at least it was.

You might remember that both gas prices and inflation rates peaked in June, hitting near record highs for both. Now, a few months later, both have subsided a bit, although not by much. And to be honest, it really just depends on what you are buying.

If you haven’t noticed, prices for things like homes, used cars, and gasoline might drop slightly. But for more essential items like food and rent, costs are soaring.

Now, the Federal Reserve is trying to help out. Over the past few months, they have hiked up interest rates in the hopes that it will further suppress inflation. And now, they are about to do it again. According to sources in the know, it is estimated that the central bank will agree to another increase of .75 percent.

The jump might have some impact on inflation, to be sure. It might actually help. But in the meantime, it’s only causing consumers to pay far more for things than before.

And for many, that means increasing how much credit card debt they have.

As inflation keeps everyday food and rent prices high, far more Americans are found with little other option than to swipe plastic. And with interest rates increasing, you know that’s not a good thing.

According to LendingTree, the typical consumer has racked up more than $6,500 in credit card debt. Now, as the online lending marketplaces’ chief credit analyst, Matt Schultz, says, that’s not the highest it’s ever been.

However, it’s well on the way there. And as interest rates rise and current trends continue, he sees only more debt accumulation ahead.

As he told KTLA, “The average rate on a new credit card offer today is a little over 21%, it’s as high as it’s ever been, and the really unfortunate thing is that it’s only going to keep going higher.”

As a result, it is estimated that some two-thirds of consumers are already cutting back on what is called “discretionary” spending or wants rather than needs. Naturally, as this continues, budgeting has been made necessary. Lists of needs are made, and those are prioritized over the average consumer’s wants.

Naturally, this only hurts businesses that thrive on discretionary products, such as electronics and clothing. Of course, it is noted that these are the same not-so-essential businesses that took the biggest hit during the height of the COVID pandemic when thousands were forced to shutter their doors and limit their number of consumers.

Furthermore, higher credit card debt leads to lower credit scores, as you know. And that means that while the housing market is showing lower than average prices, as are used car sales, you might be hard-pressed to be approved for a loan on either should you have too much credit card debt.

Thankfully, there are some ways to ensure that a credit card isn’t your only option.

According to experts, the best line of defense against rising inflation and interest rates is to 1) budget, as was suggested above, and 2) have a bit set aside in savings for unforeseen circumstances or emergencies.

As Schultz says, this means the next time you have a flat tire or need to take the dog to the vet, you won’t have to worry about putting it on a credit card.

As always, the best way to get around those higher-than-average interest rates is to pay off your balances as soon as possible. If at all possible, pay off that balance at the end of each month to avoid getting charged for interest.

As far too many of us already know, having debt is a vicious cycle that is hard to get out of. The less you have to add to it, the better. As it turns out, Biden’s motto of ‘buy now, pay later’ isn’t sound advice.