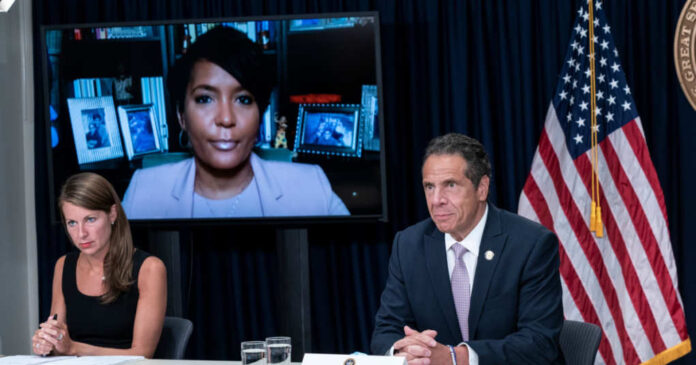 White House adviser Keisha Lance Bottom continued to follow the Biden administration’s practice of slamming “MAGA Republicans” and claiming that the followers who support the former president Donald Trump are a threat to the nation.

On MSNBC’s Jonathan Capehart on “The Sunday Show,” Bottoms stated that Democrats, Republicans, and independents must all be worried about this threat.

In recent weeks, which were highlighted by Biden’s controversial speech in Philadelphia Biden along with his staff have walked in the mud of claiming that they only were speaking about a specific segment within the Republican Party while also painting the GOP as a whole in broad strokes, claiming it was subsumed from MAGA Republicans.

Capehart pointed out that the Biden administration has adopted “a tough line … against Republicans writ large,” and Capehart asked Bottoms to “keep hammering away at that phrase” in the lead up to the November election.

Without specifying exactly what the goals are, Bottoms said the following “it is important for all of us, not just the president, not just me, for all of us to call it out for what it is.”