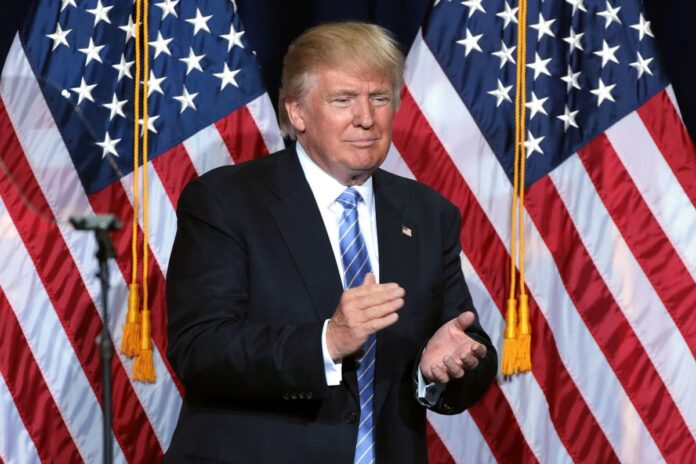 Will the United States see a second term for former President Donald Trump? This is the question that has been on the minds of millions of American voters, especially considering that many believe we should currently be living a second Trump administration term.

But alas, the president today is not the same we had a year ago, in either person or prestige. What we have though is an upcoming presidential election in 2024, because, as of yet, we still have at least some semblance of democracy.

Trump has made no secret of the fact that he too believes he should be serving a second term and some of his supporters believe he can win in 2024, if (and only if) some substantial reform is made to the election security systems in the years between now and the next presidential election.

One such supporter is South Carolina Sen. Lindsay Graham who said that if the former president wants to run again in 2024, he will have “some damage to repair.” The former Senate Judiciary Committee chairman made his comments to Fox News’ Sean Hannity earlier in the week when he asserted that he believed “if the primary were held tomorrow … if he chose to run,” Trump would win a Republican primary.

“Here’s the question I have, if President Trump decides to run in 2024, and he wins the party’s nomination, will you support him?” Graham asked during Monday night’s appearance on Fox News.

The leading Senate Republican said that he “would look at what President Trump did and choose that as my way forward,” saying that Republicans want to strengthen their party nationwide, and embracing Trump’s policies in 2024 might be the way to do that.

“It should be an America First agenda and if President Trump runs, he’s going to have some damage to repair, but I think he’s in great shape to win the primary and could get reelected,” Graham said.

He continued, “And my question is, if he’s the nominee would you support him? I would like to hear a lot of people answer that question.”

This comes on the heels of Graham saying just days ago that he was ready to accept the results of the 2020 presidential election after questions, concerns and evidentiary findings pointed to a tainted election.

“I accept the results of the election. … 2020 is over to me. I’m ready to march on and hopefully take back the House and the Senate in 2022,” he said while speaking to reporters.

His answer makes conservatives question whether he believes the election was an accurate portrayal of the will of the people, or whether it is his way of attempting to patch the system up enough to fix problems going forward.

However, what the senator hasn’t been shy about is the left’s attempt to “erase Trump” and how the left is “going to wind up getting erased,” if they don’t back away from their aggressiveness against conservatives.
“The most popular Republican in America, it’s not Lindsey Graham, is not Liz Cheney, it’s Donald Trump. People on our side of the aisle believe that Trump’s policies worked. They’re disappointed that he lost,” the senator said during a Fox News appearance.

He added, “To try to erase Donald Trump from the Republican Party is insane. And the people who try to erase him are going to wind up getting erased.”

The left has a finely tuned propaganda machine in the news media. But they can’t fall prey to their own propaganda, assuming the left outnumbers the right, in action.

For conservatives, that means that if you believe Trump should still be president, it’s because you believe we’re in the majority. So don’t lose hope, because, like Trump, democracy might be down, but it’s not yet out.