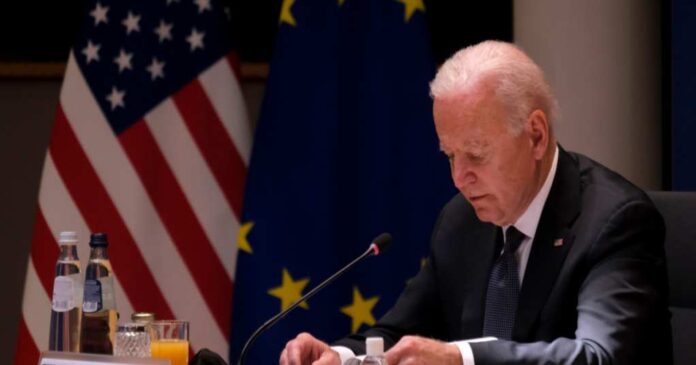 “Democrats do not care about the safety of our children,” the RNC chairwoman told Breitbart News about the politicization of “rainbow fentanyl.”

“Because of Joe Biden’s open border, our children are now on the front line of a drug crisis,” McDaniel continued. “Cartels and criminals are capitalizing on and exploiting Democrats’ negligence by targeting our children. Deadly ‘rainbow fentanyl’ is a serious threat, but instead of taking this seriously, Joe Biden and Democrats put politics ahead of our children’s safety.”

McDaniel, who has two children, said parents — including herself — are “rightfully alarmed” about “rainbow fentanyl.” “Democrats have awoken parents everywhere, and this is just the latest insult to moms and dads looking out for the well-being of their children,” she added.

“The unacceptable silence from Joe Biden is an insult to parents and the many Americans who know victims of this deadly drug. This November, Biden’s border crisis and the resulting fentanyl crisis will be top of mind at the ballot box,” she explained.

This all comes after a Michigan Republican recently raised her fears and concerns about the dangers of “rainbow fentanyl” on Fox News, which was later mocked by Hollywood elite Jimmy Kimmel when he used it to deliver a punchline on his late-night show.

The chairwoman was trying to make a point about “rainbow fentanyl” being handed out to children on Halloween; Kimmel claimed McDaniel was using it to put fear into Americans before a major election.

Last month, the DEA released a memo advising the public of the “alarming emerging trend of colorful fentanyl available across the United States.” The DEA noted that its law enforcement offices seized brightly-colored fentanyl in 18 states. The DEA memo stated:

Dubbed “rainbow fentanyl” in the media, this trend appears to be a new method used by drug cartels to sell highly addictive and potentially deadly fentanyl made to look like candy to children and young people.

Brightly-colored fentanyl is being seized in multiple forms, including pills, powder, and blocks that resembles sidewalk chalk. Despite claims that certain colors may be more potent than others, there is no indication through DEA’s laboratory testing that this is the case. Every color, shape, and size of fentanyl should be considered extremely dangerous.

“Rainbow fentanyl–fentanyl pills and powder that come in a variety of bright colors, shapes, and sizes–is a deliberate effort by drug traffickers to drive addiction amongst kids and young adults,” DEA Administrator Anne Milgram said about the new trending drug.

In fact, last week, the DOJ announced that two Maryland men, Oscar Flores, 34, and Severe Alelar, 25, were indicted on multiple charges for trafficking fentanyl. The two men were trying to sell approximately 15,000 fentanyl pills to an undercover DEA agent.