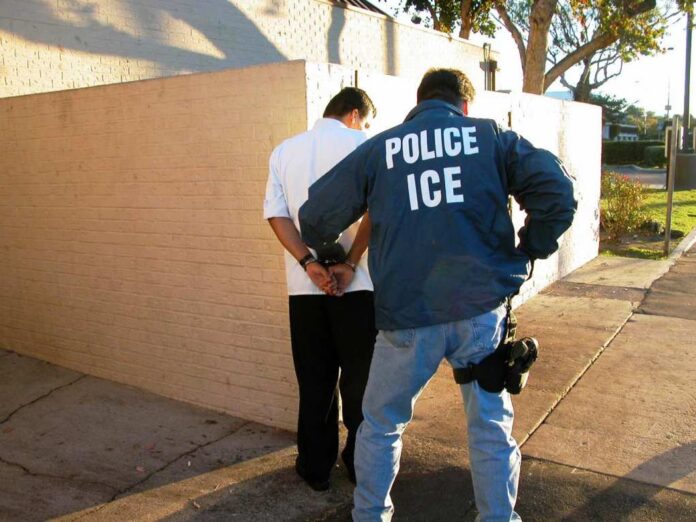 The liberals have cried for years about the immigration law enforcement agency known as ICE. For years ICE has protected the United States by finding and deporting illegals that have violent criminal records. The illegals that ICE takes into custody are people that are wanted for murder and sexual assault against young people. And these are the very people that the Democrats want to protect.

Joe Biden and his crew of dancers are demanding that ICE be taken apart layer by layer. And for years, they have cried about their wishes. Since Biden has been in office, the number of deportations has dropped by the thousands. The number just one month ago was less than 3,000 criminals.

The massive drop in the number of deportations is the lowest it has ever been since the inception of ICE. The Democrats have worked hard to get that number next to zero. They love their criminal base of supporters.

The idea of illegals being allowed to stay in the United States and steal resources from the people is beyond understanding. In April alone, there were 178,622 confrontations, but very few were sent home. Instead, sleepy Joe Biden bused them to the interior of the country and turned them loose.

He would instead hold hands with illegals than protect Americans. ICE is the one agency that stands in the gap when a Democrat refuses to do what is right and protect the people that elected him as their crazy president.

Many of the people that Biden has released are not even being told to report back for court to determine their future as American residents. Biden may not open the border, but he certainly can open a bus door and look the other day.

The Democratic Party has abolished all the laws that have protected the country for decades. Border agents are kept from doing the jobs correctly, and all the ICE agents are told they cannot arrest those that need to be sent home. All they can do is sit in the shadows and watch one illegal after another march into the country.

Joe Biden is a man that looks the other way as women and children are abused and murdered at the hands of his illegal friends. The drug cartels are also working with Biden love to keep the back door open so they can bring their drugs and slaves into the country to sell. Biden has also boxed up kids in shipping containers acting like it is humane to treat kids like animals.

Donald Trump was a man that stood for the innocent people that were being abused. He took care of them and put in place a path where they could safely enter the country. And for that reason, he was attacked without mercy by the progressives and the media. But Biden receives no such treatment because he is a liberal looking to suck up to illegals.

Biden may be trying to annex all southern countries. The more people that flood into the country, the more he will be able to exert control over them and their loved ones. Biden has no plan for the future. All he cares about is screwing up the country and sitting in his rocking chair.

Biden’s illegal hotels will run out of room, and he will be left with an intolerable situation that no one will be able to fix the horrors that he has created. Asylum used to be used for people seeking help in dire times such as war or famine. But the people that are coming north just want a few extra dollars in their pockets. Many of them have money, but they just do not like their current living conditions.

ICE and Border Patrol keep the liberals safe that are attacking them. They stand in the gap so the illegals do not attack their homes and take their livelihood guaranteed by the Constitution.

Biden and his entourage opened the borders against the wishes of the majority of the people. He has ignored his promises and broken his vow to serve and protect the country. Biden is not fit to be president and the time for lame-duck presidency to begin once the Republicans take the House.