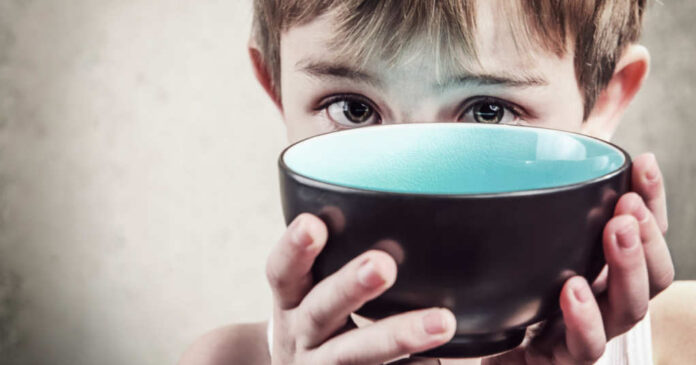 As you well know, we do not live in a perfect world. As such, hunger is a serious problem throughout the globe and in our very own nation. Today, studies show that one in eight Americans, both children, and adults alike, struggle with hunger.

Naturally, Democratic President Joe Biden wants to fix that, as well he should. After all, it is his job as our commander in chief to lead us in the right direction, to better equality and freedoms for all. Obviously, access to food must be part of that.

So what is his administration proposing exactly?

Well, as was announced on Tuesday, the goal is to make the United States of America hunger-free by 2030.

To do that, a number of strategies are to be used.

Firstly, Congress will be recruited to help the Biden administration expand access to free and healthy school meals for an additional 9 million more children by 2032. Additionally, they want to provide lower-income families benefits to buy food and groceries during the summer months when children are not guaranteed free meals at school.

Congress will also be pushed to expand the Supplemental Nutrition Assistance Program or SNAP and its eligibility so that more underserved populations, such as formerly incarcerated individuals, may receive benefits.

For the older populations or those on Medicaid, a pilot program is being discussed that might medically tailor meals as part of health care coverage, whether on Medicare or Medicaid. Additionally, access to nutrition and obesity counseling will be made more readily available to these individuals.

A senior White House official said, “We’re taking steps to try to make healthier options more readily available, and on the medical tailored meals piece, create a healthcare system that supports those healthy decisions. But we really are trying to foster environments that allow everyone to have access to food and to have access to healthy foods.”

The administration is also proposing new “front of package” labeling on foods by the Food and Drug Administration or FDA so that consumers are more aware of what they buy. Sodium and sugar target levels in foods are to be assessed as well.

Separately, the White House says Congress will work to expand the Physical Activity and Nutrition Program of the Centers for Disease Control and Prevention or CDC. Currently, this program is only used in 16 states. Implementing it in other states will supposedly increase the encouragement citizens will receive to pay attention to their nutrition and physical activity.

Congress will also work to invest more in the National Parks in the hopes of making outdoor spaces and physical activity more accessible to all.

Of course, funding will be needed for all of these measures. How much, though, has not been mentioned. One would imagine quite a bit would be required. This is on top of the already ridiculous spending bills the Biden White House has already managed to push through, none of which seem to be achieving quite what they promised.

Now, to be clear, attempting to end hunger in the US is a noble challenge, to be sure. And most of the ideas the White House has come up with are fairly solid ones.

Naturally, addressing school meals and ensuring that children are fed outside school is a good start. So is encouraging guidance on nutrition and physical activity. But for a nation that is already so far in debt and up to its ears in payments, it can’t make, these goals might not be achievable.

Once again, it seems Biden has put the cart before the horse and completely forgotten about the fact that everything costs money. You know, like how he has sent multiple aid packages to Ukraine, worth millions a piece, despite the fact that our national debt is only growing. And don’t even get me started on his Inflation Reduction Act and infrastructure bills that were pushed through.

In any case, the strategy is in its early stages. And like most things Biden has his hand in, it doesn’t exactly go as planned.