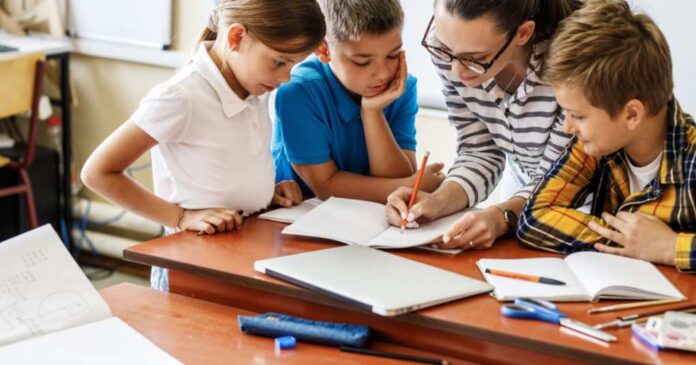 In America, we pride ourselves on the idea that all men are created equal and that, thanks to the freedoms provided by our Founding Fathers in the Constitution, we can pretty much be whatever we want to be. Capitalism gives us this dream, the “American Dream,” that even the poorest of us can one day be something of exceptional talent and importance.

All we have to do is work to achieve that dream, right?

In fact, it’s why the whole idea of socialism is so abhorrent to a great many of us. I mean, here we are, all created equal and given the same possibilities to achieve greatness. And yet, some seem to believe that they should be entitled to those privileges despite never having to work for them or even asking.

The very idea that someone can be given free housing, free childcare, free transportation, free schooling, free anything – all because the government wants to provide it – is just disgusting to those of us who have worked our whole lives to make ends meet and have the things that we do.

But is there actually a divide somewhere that makes the idea of equality a myth?

Some would certainly say so. And it all begins with our childhood education.

As you know, Americans are required by law to attend school in some form or another. In this way, again, the idea is given that all children can receive an education and eventually make something of themselves if they so desire.

But teachers will tell you that not all kids end up doing so great. And as you know, not doing well in school typically leads to either not graduating or not attaining an education needed to achieve their dreams.

Sometimes this is because the kid doesn’t put forth all that much effort. But sometimes, it’s because they are never even given a chance to. And for most, it all comes down to socio-economics.

For example, let’s imagine that there are two children in the same fifth-grade class. Each is given the same daily lessons and tasked with the same homework. But one always seems to excel while the other falls even farther behind, despite the teacher’s best efforts.

Many teachers explain that much of this has to do with their home life and economic standing.

Even though they might struggle with certain topics or areas of learning, the one who excels usually has a certain kind of home life. One that includes both mother and father being active in their daily lives. One that provides them a home in a suburban neighborhood. Additionally, at least one, if not both, of those parents, are usually college educated.

As such, these children are usually encouraged to do their homework, ask for help when needed, and to put forth their best effort.

The other child’s home life is not so supported.

Typically, there is only one parent at home. As single parents, they are forced to work far more often than others to provide their children with the same opportunities. This means they may not be there to help with homework or even to make sure that it’s getting done.

In fact, some may not even care.

Now, in the classroom, teachers can usually differentiate between the two fairly early in the school year, as one student will continually turn in homework and possibly even have parents being active in the school, while the other does not.

Most teachers usually try to provide any and all help that they can to these struggling students as a result.

But as one teacher admitted in a recent study, there is only so much they can do. “If they don’t have the support at home, there’s only so far I can take them. If they’re not going to go home and do their homework, there’s just not much I can do.”

This would lead a great many to believe that while we are still all created equally, not all of us are given the same opportunities, even from a very early age.

But does that mean we are to simply give these struggling students the rewards of their achieving classmates later in life?

I leave the question to you.