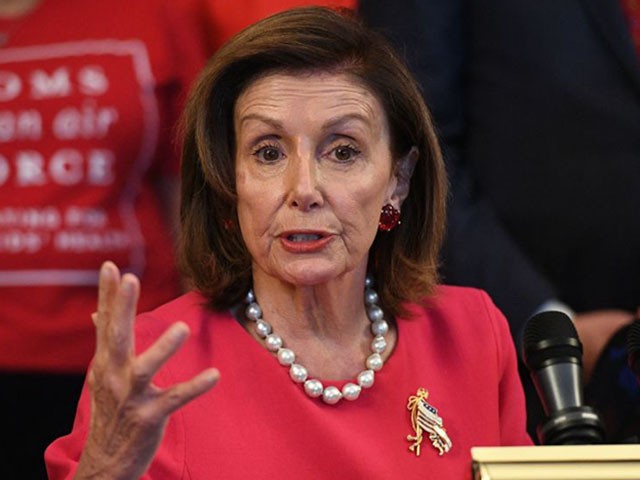 The Republicans’ top campaign chief spoke to Breitbart News’s Washington bureau chief, Matthew Boyle, about the Democrats starting to lose their hopes of keeping the House majority past the midterm elections since they have begun to cut their resources from vulnerable members. Additionally, Emmer mentioned that Pelosi has been traveling around the world, almost unnoticeably, while she makes her “farewell tour” as speaker of the House.

With only 38 days before the election, the Republicans projected to take the House majority from the Democrats, and the polls favoring the GOP, House Majority Leader Steny Hoyer said this past week that he is “feeling good” about the upcoming election.

However, in response, Emmer said, “The people that are saying it, whether it’s Nancy Pelosi or Steny Hoyer, … clearly don’t believe it because their words say one thing, their actions another.”

For example, the Minnesotan said it looks like Pelosi is already getting ready for retirement because she has been traveling the world “basically saying goodbye.” He added, “She’s been making this worldwide tour, almost farewell tour, for months.”

While mentioning during his most recent appearance that the Democrat Congressional Campaign Committee (DCCC) has also had to put millions down for television reservations to protect those states President Joe Biden won by double digits, Emmer explained that the DCCC has also pulled out of some of the races that are too difficult for them to win.

Thirty-eight days remain before the election, and Emmer “guarantee[d]” that Republicans will have control of the House, with Minority Leader Kevin McCarthy (R-CA) as speaker of the House, and he believes the GOP could win control of the Senate “at the same time” because of the way the House candidates will perform and the turnout across the country.