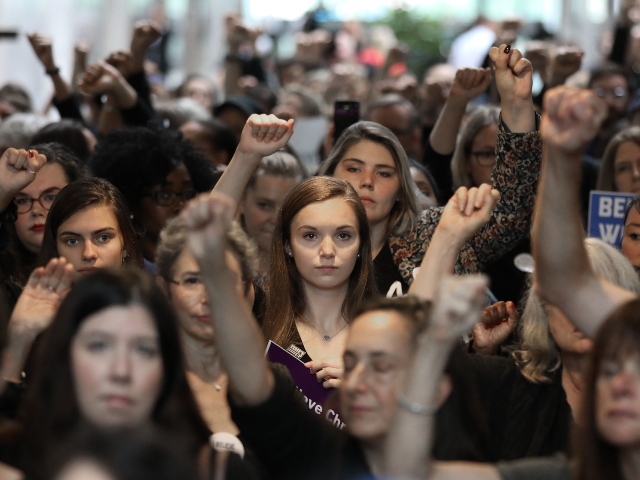 In an email to colleagues, Laura Wagner mentioned that she and another staffer were discussing how to address the “keyboard warriors” concerned about the school’s decision to axe the homecoming “king and queen” titles in favor of a genderless “royalty” title.

I chatted with Tiffany Fearing about homecoming a bit and wanted to talk a bit about what our presence looks like at the parade and coronation as we switch to royalty instead of a king and queen.

Per usual we have some keyboard warriors who are making Tiffany concerned about student wellbeing. I think her concerns are valid, and I want to make sure we are showing up for her and our students.

This would be a great time to use your straight, white privilege to reassure and support students and staff in doing what they believe is right for our school community. [Emphasis Added]

The email was circulated among students and parents, leading to around 100 students walking out of class on Wednesday protesting Wagner’s controversial remarks, Alpha News reported.

“I’m at school to learn, not to get political views,” one outraged student told the Minnesota-based outlet. “You’re only allowed to speak your mind if you agree with the administration.”

One parent slammed the school’s double standards and noted the school has a history of forcing an “agenda of division,” Fox News reported. The parents said:

The Farmington, Minnesota school district preaches inclusivity and non-discriminatory actions to the staff and students. As a parent, it’s offensive and appalling to see that behind closed doors they feel as though they can use certain discriminatory verbiage to push an agenda that parents, students, and the community are unaware of.

“The school has continually pushed a random agenda of division and exclusivity to the students which came to light last year, and this is just a new faction of the schools quiet procedural dissidence,” they added.

The school district released a statement saying that it was “aware” of Wagner’s email that is “now circulating.”

“Farmington High School is providing various spaces and counseling staff to support learners as they process these recent events,” Superintendent Jason Berg’s statement continued. “Please know this personnel matter is being addressed, and as such there is no further information we can share.”

According to Alpha News, Wagner was one of 162 principals in Minnesota to sign the “Good Trouble” pledge that ‘aims to “decenter whiteness’ in school structures.”