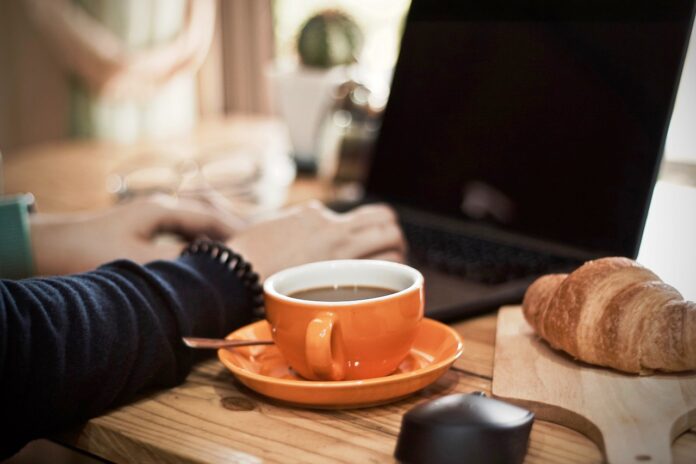 As you well know, 2020 has been rather life-changing, especially in regards to what the novel coronavirus pandemic has done to our society and way of life. But as a viable vaccine has now been approved and is beginning to be distributed to Americans all over, everyone is asking what the future will look like.

Will the vaccine and peoples’ immunity to COVID-19 allow us to go back to the way things were before March of 2020? Or will this new normal continue, complete with social distancing, mask-wearing, and working from home?

Well, for consumer goods manufacturers, they are guessing more of the latter.

Sure, some people will inevitably have to return to work as they once knew it – albeit with social distancing guidelines and mask mandates in place.

However, according to Global Workplace Analytics, which has researched telecommuting jobs, the number of Americans working from home now has increased by more than six times what it was before the pandemic began.

Pre-pandemic, only about four percent of Americans worked from home, both part-time and full time. Now, that number has risen to about 25 percent.

And few see that number decreasing much in the future.

GWA’s president Kate Lister says, “Millions of Americans are working from home now. I agree that it’s a safe bet to assume that those who can continue to do so, at least part-time if not full-time, will.”

And why wouldn’t they want to?

I mean, you get to work from home. There’s no dressing up, no driving through traffic, no packing lunches, or worrying about eating out, and no having to deal with unruly or annoying co-workers.

Plus, employers see a plus side too.

Without employees in the office every day, there are fewer in-office supplies used, higher employee morale, and as a result, typically increased productivity.

However, with these changes comes a difference in products being bought at the grocery store. Consumers who work from home forget about make-up and razors and instead buy more coffee, more sweatpants, and more easy to prepare meals and meal kits.

As the Wall Street Journal reports, “As a result, many food-and-consumer product companies are investing in factories, equipment and brands to provide more of those items for years to come, seeking to accommodates consumers who are making more coffee, buying more casual clothes, and tending beards with trimmer and balm rather than shaving them off.”

The WSJ notes that companies such as Proctor & Gamble have added beard-care products to their line, General Mills is increasing production of one of its most popular cereals, Cinnamon Toast Crunch, and Kimberly-Clark Corp. “is converting a plant to make toilet paper for homes instead of offices.”

Conagra is increasing the production of frozen meals like Healthy Choice and Marie Callender’s. And with movie theaters still closed or highly limited in most areas, snack items like Act II and Orville Redenbacher popcorn are increasing in demand, just on a consumer level and not commercially.

And even if things do return to something similar to our old normal, consumer goods manufacturers expect these types of demands to stay high. After all, the pandemic has lasted long enough to become used to the new normal and formed habits and routines around it. Those routines will not be easily broken or altered, just because we no longer have to stay at home.

In fact, according to WSJ, Kraft “is spending more than $100 million to add more production capacity next year,” as the demand for more ‘at-home’ products continues to increase.

Some, such as Amy’s Kitchen and Kimberly-Clark, are making plans to open up entirely new factories for just this reason. Amy’s kitchen plans to build one in San Jose, CA, and another on the East Coast by 2022. Kimberly-Clark is adding a factory in the Mobile, AL, area to increase Cottonelle toilet paper and Scott paper towels production.

Suffice it to say that our new normal is here to stay, complete with sweat pants, beards, and much more home-cooked meals.