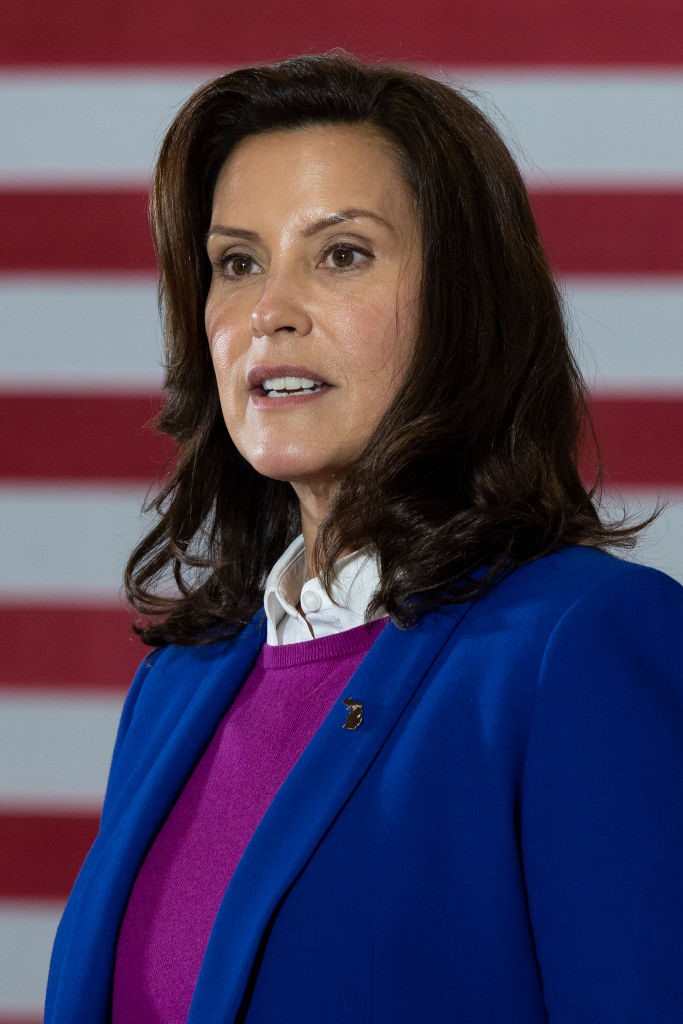 Dixon is expected to appear at a rally in Warren, Michigan, alongside former President Donald Trump, weeks ahead of the election, in which Dixon hopes to unseat radical Democrat Gov. Whitmer.

“I just think it’s gonna be a great way to kick off the last month before election season,” Dixon said before diving in and explaining what is at stake in this election for Michigan.

Dixon reiterated that Michigan lost 82,000 jobs during the Chinese coronavirus pandemic because of Whitmer’s lockdowns and said the Democrat leader is still making it difficult for businesses to grow in the state.

“Now we’ve got a billion dollars worth of development on the west side on hold. We’ve got companies that have wanted to expand and have not been allowed to expand across the state, but she just approved millions of dollars, hundreds of millions of dollars of taxpayer money to go to a Chinese organization that wants to come into the state of Michigan and build with the promise of maybe 2,300 jobs in the next decade,” Dixon said, noting that Whitmer is “trashing Michigan,” as the governor has greater political aspirations in D.C.

“This is what we’re up against. She is anti-Michigan. She’s been trying to go to Washington, DC, for years. You saw her auditioning to be vice president. And apparently, Kamala Harris was more attractive than her for that position. And now, we have a governor who’s looking to run for President of the United States, and she is just trashing Michigan on the way out,” Dixon stated before further blasting Whitmer for championing this China-linked company, Gotion, a battery factory, coming for Michigan with Whitmer’s blessing.

“She’s touting this as expanding EV vehicles, and this is a part of Joe Biden’s plan and how great it is to be a part of Joe Biden’s electrify the nation plan. And yet, we are truly bringing in a company that has its corporate ties in China. This is where they come from. They’re a Chinese company [that] incorporated a leg of their business into California, and they’re like, ‘Oh, this is now an American company.’ This is not an American company. This is a Chinese company, and you and I both know how China works,” she said.

All the while, children are behind and school crime is on the rise, and businesses are struggling to expand.

“We want to make sure we can recruit and retain police, and let’s put money into recruiting and retaining police. … There’s basic functions of state government — offering a world-class education, making sure our students can read, and making sure that our cities are safe. That’s our focus in the state of Michigan. But, instead, we’re taking taxpayer dollars and putting them into maybe 2,300 jobs in the next ten years coming from the Chinese,” Dixon added, emphasizing that existing businesses and farms are trying to expand.

“They are currently in a lawsuit with the state because Gretchen Whitmer doesn’t want them to expand their dairy farms and their hog farms. This is how crushing our state government is to the people of Michigan, and yet, she is willing to use their money to recruit an adversary to come into the state,” the GOP candidate added.