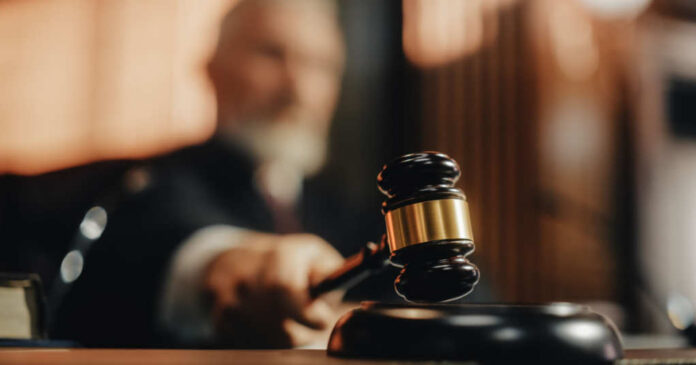 When someone pleads guilty to charges before having a full trial it means at least one of three things are going on. Either you got a sweetheart deal because of a lack of evidence, you have no one to testify for you so your lawyer pushes it, or they have such damning evidence that even Johnny Cochran couldn’t get you off from it.

For Tammel Esco, he might have had all three going on for him.

Despite being held without bail in Westchester County jail in NY since the attack on March 11th, Esco was able to please guilty to first-degree assault with the hate crime statute involved. This also marked an unusual circumstance in the county, as that enhancer is rarely if ever placed on charges against a person of color like Esco. While sentencing won’t be held until November 29th, according to the statement he will receive 17.5 years in prison, with five years of post-release supervision.

Esco initiated the attack by calling his victim – a 67-year-old woman of Filipino descent an “Asian b*tch” as he first struck. Coming after her from behind, she had no way to defend herself in the tiny corridor entering the apartment building both called home. Not that any other area would have made it better. Esco is easily a foot taller and 150lbs heavier than his victim, not to mention 25 years younger.

After knocking her to the ground quickly, he continued his vicious attack. Over 100 separate punches to her head and the area around it, he also repeatedly stomped on her, spit on her, and continued his verbal assault. The total punch count was 125, and Yonkers Police Commissioner John J. Mueller described the attack as one of the most horrific ones he’s ever seen. Fleeing after the attack, Esco didn’t get far and was arrested later that evening.

Thankfully the victim was transported to Westchester Medical Center quickly, where she was treated for bleeding on her brain, numerous facial fractures, as well as bruising, and lacerations to her head and face.

Unsurprisingly, Esco had a record, with prior convictions for assault, and was represented by the Westchester Legal Aid Society in this case. What comes as a small surprise is just how proud District Attorney Miriam Rocah is of this plea deal.

Speaking to the media, Rocah went on to state “Today’s agreement secures justice for the brave victim who endured the shocking attack and its aftermath, and for a community impacted by the trauma of this hate-driven violence. I want to assure every community in Westchester County that my office will use every resource at our disposal to fight hate and hold perpetrators accountable.”

Let that sink in for a moment.

This isn’t fighting hate, and it’s not holding people accountable. This attack took years off this woman’s life and giving him 17.5 years is laughable at best. People have been sentenced to longer prison sentences for cannabis, getting into a bar fight gone wrong, or even home invasions when nobody was home. This plea makes zero sense and provided no justice for the victim.

Instead, this is just another in a line of liberal courts handing out victim cards to anyone who isn’t a conservative white male. New York City has become the east coast headquarters for these kinds of legal policies, following in the footprints of San Francisco, Portland, and Chicago. With the assault being caught on tape, his immediate confession to the crime, and the heinous nature of his attack, a much longer time would have been more appropriate.

As usual, there is always someone in the background making an excuse about why someone like Esco would do such a thing. Dealing the race and wealth inequality cards from the bottom of the deck, they put his minority status over hers, and his life above hers. Instead of pride, the DA should feel shame.