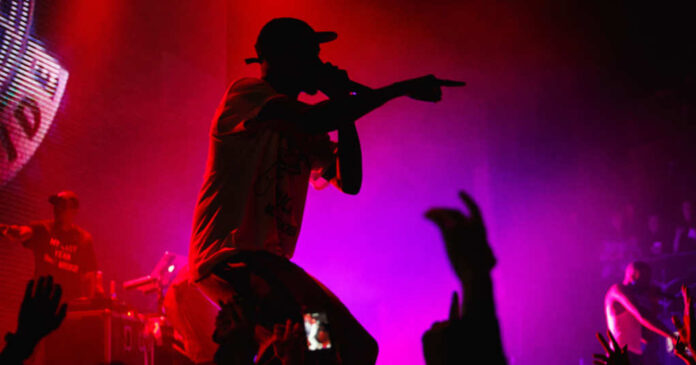 What you hear in a rap song may be violent. It may be racist. And it may even speak of a crime that has been committed – or at least that has been the thought process of lawmakers over the years.

Throughout California, rap lyrics can be used as evidence in the courtroom – or at least, they could have been up until Newsom just signed a bill that helps to protect rappers and hip hop artists.

Of course, there’s always been a loophole that prosecutors could use if they were able to provide that the lyrics were directly relevant to the case and wouldn’t “inject racial bias into the proceedings.”

Lyrics being used in the courtroom has been an issue for years – though it’s become particularly relevant when YSL RICO used lyrics from an array of songs so that a case could be built against Young Thug and Gunna. Both of these artists are in prison without bond until a trial takes place.

AB2799 is also known as The Decriminalizing Artistic Expression Act, and it was passed by Governor Gavin Newsom this past Friday, September 30. The bill had already received unanimous approval within the California State Senate in August.

A number of hip-hop artists were in support of the bill, including YG, E-40, Ty Dolla $ign, Too $hort, Meek Mill, and Killer Mike. Many were even present for the bill’s virtual signing.

Meek Mill shared the tweet that came from the Office of the Governor of California to state that California became the first state to ensure that creative content (both lyrics and music videos) cannot be used against artists in a court of law without judicial review – and went on to tag some of the artists for their “dedication” to the cause.

Mill commented, “The second time I witnessed the Governor of California sign bills that help our people…probation caps & bans on using rap lyrics in court ‘I RESPECT YOU’ Thankyou I understand the magnitude of the moves you make we need help in the system.”

Harvey Mason Jr, the CEO of The Recording Academy was also quick to celebrate Newsom’s signing of the bill by saying that he felt as though “silencing any genre” was a “violation against all music people.”

It seems as though Assemblymember Jones-Sawyer is the leader behind the bill.

Newsom and the rest of California seem to be so focused on making everyone happy and becoming the first to do something that they don’t stop to think about whether they SHOULD be doing what they’re doing.

If a hip-hop artist is singing about a crime that they committed – and there’s proof enough that their lyrics are part of what really happened, they should absolutely be used. It would be no different than an author writing about a crime that they committed only to label it as fiction. A crime is a crime is a crime – and lyrics may help to solve some crimes.

California takes a liberal approach to crime. They say that they want to reduce crime but then they make it easier for people to hide after committing the crimes.

New York attempted to pass a similar bill in May but couldn’t get sufficient approval from the assembly. And perhaps that tells us all that we need to know – that maybe the lyrics shouldn’t be banned as evidence inside of a courtroom.