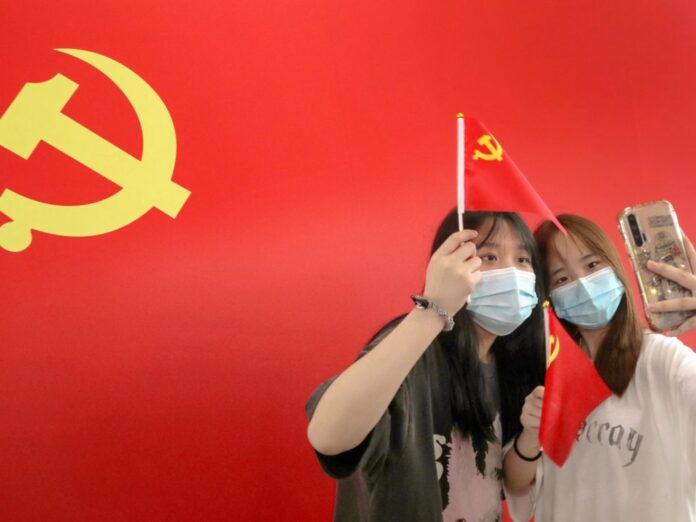 On October 3, the New York Times published an article by reporter Stuart Thompson titled “How a Tiny Elections Company Became a Conspiracy Theory Target,” in which he claimed that “election deniers” were targeting Konnech, a Michigan election software firm with just 21 U.S. employees, and had developed a theory with “threadbare evidence” that the company had tied to the Chinese Communist Party and had given the Chinese government backdoor access to the personal data of around two million poll workers in the United States.

Thompson suggested that such beliefs were ridiculous and anyone suggesting there was validity to these claims was simply an “election denier,” spinning conspiracy theories.

On October 4, just one day later, the NYT published another article from Thompson titled “Election Software Executive Arrested on Suspicion of Theft,” in which he reported that Eugene Yu, the CEO of Konnech, had been arrested under suspicion of theft after U.S. user data was found stored in China — exactly what the “election deniers” that Thompson had derided claimed.

Los Angeles County District Attorney George Gasc?n, commented on the situation saying: “Data breaches are an ongoing threat to our digital way of life. When we entrust a company to hold our confidential data, they must be willing and able to protect our personal identifying information from theft. Otherwise, we are all victims.”

In a statement, a spokesperson for Konnech said that the company was attempting to learn the details “of what we believe to be Mr. Yu’s wrongful detention,” and that it stood by recent statements it made in a lawsuit defending its handling of user data.

“Any L.A. County poll worker data that Konnech may have possessed was provided to it by L.A. County and therefore could not have been ‘stolen’ as suggested,” the spokesman said. In a statement, the Los Angeles County district attorney’s office said that it had cause to believe that the personal information on election workers was “criminally mishandled” and was seeking to extradite Yu from Michigan to Los Angeles.