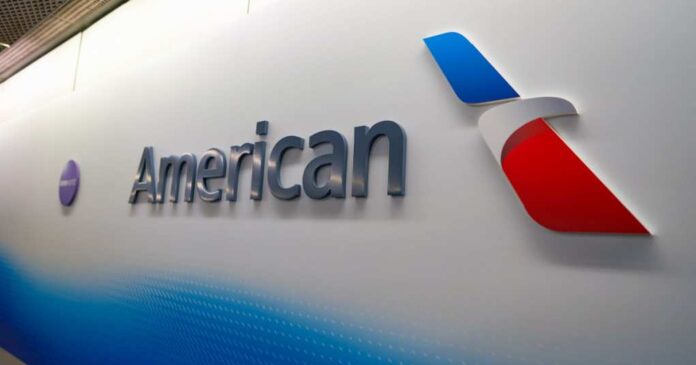 Hopping on an airplane in 2022 has gotten ridiculous. Between understaffed airline counters, the overzealous TSA, and out-of-control prices, it is more of a hassle to fly than ever. While every airline is feeling these effects at least to a degree, American Airlines (AA) has gotten creative with its latest attempt to make passengers feel a little more uncomfortable before and during their flight.

As recorded by Los Angeles-based writer, actor, and producer Emerson Collins, people are being greeted by a series of moans and groans as they enter the plane, and then again mid-flight. These sounds are of more of an intimate nature too. Attempted bedroom grunts are accompanied by the sounds of having the number 5 combo from the fire menu at your local curry restaurant. His release of the in-air clip has racked up over 2 million views so far and caught the attention of AA.

In their response to the video, AA claimed that nobody had gained control of their AP system, nor was the crew playing a prank. Instead, they attempted the blame it on a mechanical issue, a very common response to anything that isn’t standard on an aircraft, and considering the video proof of the problem, it’s something they cannot deny occurring. Especially with multiple reports of this happening.

Over the years problems with the PA system, oxygen masks dropping randomly, or glass failing have happened. Since 2016 the frequency in which these rare incidents occur has increased at a surprising rate. It could be blamed on the budget airlines with poor maintenance or their rushed plane orders leading to horrific quality control. Unfortunately, those excuses don’t hold any water because they are happening more frequently on major airlines.

Instead, the issue is simply the lack of information coming from these major airlines, and their inability to be honest with the public about the problems they are facing with their planes has made them more afraid of air travel than ever. While planes are statistically much safer than traveling by car, that goes out the window when the public doesn’t know why a system is failing, thus leading to a lack of confidence.

At the end of the day, AA tried reassuring fliers that it must have been something internal because their PA systems are hardwired into the plane’s systems and as such are unable to be hacked. Retired airline pilot Ross Aimer poked some holes in their logic for CBS LA.

“I’m afraid that’s incorrect. … This was not a malfunction from what you and I heard. I would call that malfeasance. Someone hacked into us because you can hear the breathing.” When asked about the potential of someone to hack the controls of the aircraft he responded “Yeah, it is possible, if someone can do this. Although not probable.”

It’s small comfort to know that it can be done, but it isn’t likely. Thankfully for AA and other major airlines, people are willing to tolerate something like this, but for people with just a basic knowledge of planes or electronics, their answer is insufficient. To claim that the system is hardwired and un-hackable would mean that someone would have had to physically hack into that wiring, thus meaning that they could have access to other areas of the aircraft like the autopilot.

That itself is incredibly concerning. Perhaps instead of trying to calm people, they should investigate the situation and provide a palatable excuse, or simply tell people a child had grabbed the mic. It’s more believable and stands the sniff test.