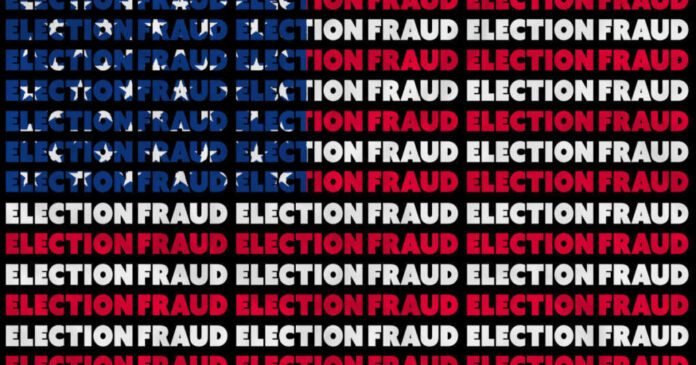 You might remember that following the 2020 presidential election and even the run-off Senate election in Georgia in early 2021, many people in the US were questioning our election system and the processes that were involved. According to no small number, more recently implemented voting practices, such as en mass mail-in ballots, allowed some to cheat the election process and commit voter fraud.

You will remember that this sparked a number of election “audits” and a serious national conversation on what our voting processes and such should or should not entail. Arizona held one of the longest and largest election audits ever seen in the US. Georgia implemented new voting laws to make their state’s voters more secure. And a number of other states followed suit.

Montana was such a state.

Republicans in the state’s legislature passed at least four new voting laws in the spring of 2021. However, as of Friday, all of those have since been struck down and labeled as unconstitutional.

According to Montana Free Press, Yellowstone District Court Judge Michael Moses closed the book on the laws officially on Friday after presiding over a nine-day trial last month.

The laws in question would have eliminated Election Day voter registration, barred paid ballot collections, and required new voter identification at the polls for students in the state.

But after hearing arguments from both sides, Moses decided that all three were unconstitutional and, therefore, they have now been permanently blocked. Democrats in the state are rejoicing.

Previously, when the lawsuit was first brought against Secretary of State Christi Jacobson by the Montana Democratic Party, Western Native Voice, Montana Youth Action, and a coalition of youth and tribal advocacy groups, Moses had issued a preliminary injunction on the three laws.

Since then, a consolidated lawsuit was brought before Moses, bringing the laws together into one case. Earlier this month, the Montana Supreme Court upheld those injunctions, as the case was still in deliberation.

Seeing as how the November midterm elections are right around the corner, Moses promised both sides that he would decide upon the case as quickly as possible.

And decided he has.

According to his ruling, House Bill 176, the one that would have ended Election Day voter registration, “severely burdens the right to vote of Montana voters, particularly Native American voters, students, the elderly, and voters with disabilities.”

I’m sorry, but who waits until Election Day to register to vote? Besides, given the short time between registration and when such an individual votes, if there are any problems, say like, the person not actually being a US citizen, those mistakes are unlikely to be caught before their votes are cast and counted.

His decision on House Bill 530 to ban paid ballot collection was given for similar reasons. Don’t even get me started on how paying people to collect ballots could be problematic.

Senate Bill 169, which required students showing student IDs at the polls to show an additional form of identification, was also thrown out as unconstitutional. Moses said that this one violated the Equal Protection Clause by creating “unequal burdens on Montana’s youngest voters.”

But aren’t foreign students in America given student IDs too? By any rationality, this means that something else should be required of them at the polls to prove that they are, in fact, American citizens, right? I mean, student visas don’t give such individuals the right to vote, and neither do work visas.

But apparently, Moses hasn’t considered that, or he just doesn’t care.

A fourth law, which would have barred Montana counties from sending out mail-in ballots to minors who would turn 18 by Election Day, was already knocked down by Moses over the summer.

With this final decision now made, all four laws are permanently banned from the state.

Of course, not everyone is thrilled about the judge’s decision.

In fact, some would say that, according to the US Constitution, the court system, judges, and even governors, have no say in how a state’s election process is run or determined. Article II says that state legislatures alone have that responsibility.