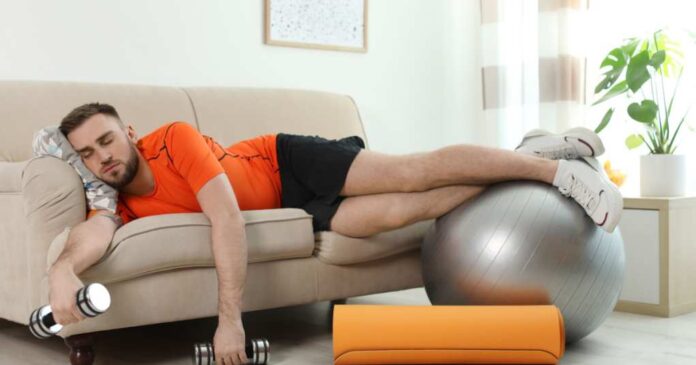 The pandemic was a terrible time for a lot of people. Many lost their jobs, and business owners struggled to keep their companies open while waiting for customers to come. The Democrats saw it as an opportunity to exploit and terrorize people with one lockdown after another. And the entire time, they paid them to stay at home. And now that the pandemic has finally been declared over, the liberal patrons on President Joe Biden’s payroll do not want to return to work.

The Democrat’s pandemic push has caused a lot of harm to the way people view working. The new work ethic that is emerging is anything but acceptable.

Under Biden’s tenure, people had to adapt to a new work environment. They had to get used to staying away from people and using Zoom to speak with coworkers. And now they have to adapt to being thrown back together into a workplace that has long been forgotten.

Fortune reported that “In the workplace, bosses and employees increasingly spar over what the ‘place’ should be. CEOs, often from the boomer generation, tend to demand workers return to the office—if not straight back to pre-pandemic routines then at least clocking in a few days a week. The ‘hybrid’ approach draws complaints, too, with Yelp CEO Jeremy Stoppelman in June calling it ‘the hell of half measures and the ‘worst of three options.’”

People are just used to the laziness that the Democrats were promoting. The insanity behind staying at home for months and being unable to work has forced people to depend on the government for their basic needs.

The fight for the new liberal normal has crossed generational boundaries as seasoned managers and business owners demand that the younger generation show up to an office to work. But the caging of people in cubicles has been forgotten with the stay-at-home and work mentality that people have developed.

Union organizers and large business owners continue the struggle to find common ground on what the new workplace should look like. Some use the racial card to state why they have been forced from the workplace, such as in the case of Jaz Brisack, a colored worker at Starbucks.

The fight in the office only intensifies as people begin to demand vacation time because travel bans are lifted, and people can quickly move around the country. And it does not help much when the medical community tries to frighten people into thinking that traveling will make them deathly sick.

Employees have been told for over a year that they were essential while all others were deemed inferior. Those that have been told they are better than everyone felt the need to push themselves over the edge with so much work that now they are worn out and need a break. But they are told to pick up the pace and return to normal.

Fortune reported Chris Hickey, the CEO of Robert Walters North America, saying, “The crucial act here is for employers to listen and play an active role in alleviating some of the personal issues in employees’ lives before they reach that irreversible crisis point. Companies must be more in tune with the issues impacting their employees if they want to avoid the Great Reshuffle.”

The shock of being thrown back into an office environment is proving more challenging than expected for many liberals. Businesses will have to adapt to the lazy environment that President Joe Biden and his band of liberals have created in America. People expect the government to bend backward and pay them to stay home. And now they are being told to get out and get a job.

Republican-run states are not having to deal with the mental backslide of the workplace zone. People were allowed to work and recreate as they wanted. And now that things are officially over, life continues for them without the drama of Democratic dependence withdrawal.