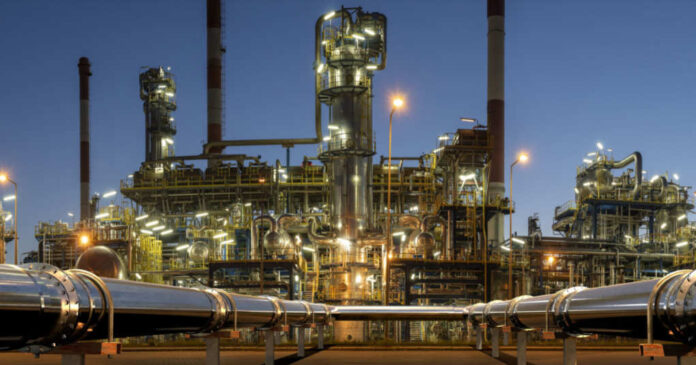 The Organization of the Petroleum Exporting Countries (OPEC) and its oil-exporting allies have been a thorn in the side of Americans for decades. Their price wars have rarely if ever ended well for Americans hoping to save at the pump, and now that American gas prices are starting to go back down, this money-hungry group wants to ensure the price per barrel skyrockets yet again.

For OPEC to do this, they will need to make significant cuts to oil production per a new report from the Wall Street Journal. This will of course spike crude prices, and send fuel costs soaring just before the winter starts to set in. While the US can produce things like winter gas to help keep fuel costs down, it doesn’t fix the problems for things like diesel, heating oil, kerosene, or jet fuel.

President Biden on the other hand has a way to counter this decision. He can give up on his ambitions to turn the US into this big green energy country and revert to the energy agenda that Trump had. He can cut back down the taxes, re-establish contracts for oil futures, and get refineries to open back up. This would produce a boom in employment, help taper down our dependency on foreign oil, and get the country back to a more prosperous time.

The problem is his supporters, his Vice President, and his missing mind won’t allow him to do anything like that. It would mean that he was wrong and that it has been proven at this point. In American politics that just cannot happen now. Never mind the fact that the American people have seen just how fallible the President is. Every time he steps up to speak nobody knows what will come out of his mouth and it is almost assuredly a disaster.

Another point to consider is the inclusion of Russia in OPEC allies. With the sanctions being placed on them by the US, it makes sense that OPEC wants to strike back. Iran, Iraq, and Saudi Arabia are also members, and all three countries have legitimate problems with the US. Biden has been keeping all but Iran at arm’s length, while Trump was willing to embrace them as he controlled the US oil market perfectly with open production.

The persistent leftist explanation of playing the long game for when these other countries start running out of oil is laughable at best. The advancements in robotics, electric vehicles, and other heating sources are making it so oil may not be at the same level of necessity in everyday life down the line. While gas cars will always exist, the reliance on fuel may drop significantly.

All of this comes as Europe is trying to lessen its dependency on Russian oil and its byproducts like natural gas and gasoline. In turn, prices there are also slated to skyrocket, making the necessity for the US to turn up its production. It’s a good profit margin for US producers and an even better proposition for the people of Europe. Yet again, Biden is refusing to step up to the plate.

All of this noise boils down to one thing; Biden will cost himself any chance at reelection in 2024, and he has likely cost his party any wins in the upcoming midterms. As the American people are dealing with rapid inflation, the choice by OPEC is a profitable one for them and their dirty oil, but a potentially devastating blow for the US. They already have the US backs up against the wall, and the last thing we as a nation need is to be paying the prices for gas they pay in Europe.

Instead, we need to adopt the mindset of “drill baby drill”, so we can get this country back on track and people working properly. Too bad Biden can’t remember how to counter OPEC.