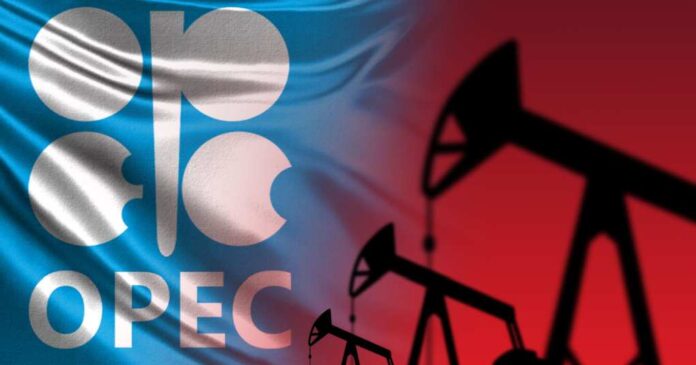 A panel of oil-exporting countries (OPEC) energy ministers formed an alliance on October 5th as they confirmed their latest vote to cut oil production. This vote was not just a vote to send the price of a barrel of oil higher. They weren’t losing profits. There are no hopes of OPEC expanding and making changes in its programs. Instead, this is all about OPEC sending Biden a message just before election season.

This is a message with two ways of interpreting its intent.

In the minds of liberals, this is an attack on the President of the United States, and it’s unfair. It’s wrong, and the American people need to revolt against OPEC. Therefore, we need to all go green. This way we don’t have to rely on OPEC, and we can all have a better life. In their twisted little minds, this is all OPEC’s fault. God how uninformed and mistaken they are.

For the rest of us, this is simply a direct attack on the US. OPEC knows that freedom-loving Americans can see the problems with going green. We have seen the government and Tesla disable cars from their charging network and locking people out of their electric cars is not only possible but has been reported numerous times across the globe. OPEC knows this. More to the point, they know the US is unable to just drop everything and go green.

To the point of the liberals, we shouldn’t be relying upon OPEC, and we should be drilling for US oil. We saw how sweet that can be under Trump, and Biden is too stupid to see how the economy benefitted from that. Instead, he is blindly going with that liberal mindset, and it’s going to cost our country big time.

As it stands, OPEC is slated to cut two million barrels per day from global production. This change is huge for the global market. The higher prices will allow Russia to make more money by selling black market oil to the few countries that will still buy their oil despite a US embargo. Thus, making American money being pumped into Ukraine countered in a big way.

It also will aid in crippling the European economy as winter gets started, and that impacts our allies across the continent as they try to get away from buying natural gas and other fuels from Russia. Then you have the impacts on the US right before the midterms. People refuse to support the man and the party who made their oil prices skyrocket. Especially because he is too ignorant to pump it out here at home.

With the US Strategic Reserves being bled lower and lower every week by his failed policies and in attempts to help keep global prices down, he is going to face a tough decision. He either needs to start drilling more in the US, or he needs to get ready to lose virtually all Democrat ran seats without much chance of winning the middle-ground voters over.

The policies of the left have been devastating the US for ages, and it’s not looking to get any better any time soon. OPEC knows they have us over a barrel, so why not raise the pricing? The clown in DC has made a mockery of the US for the last time. He needs to go, and with OPEC sending prices skyrocketing, we can get the votes to get him and his trashy, racist VP out of DC with him.