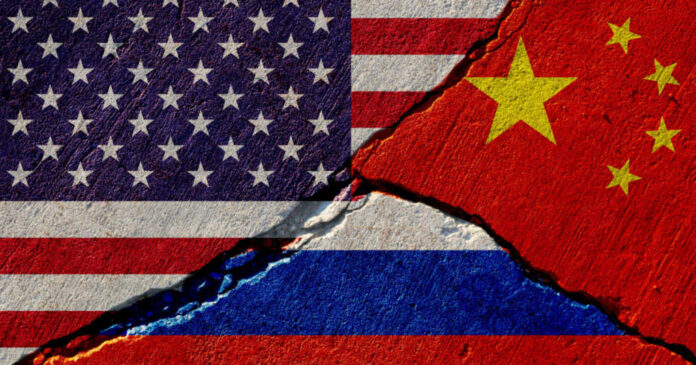 FBI officials just gave a dire warning about the activity of Russia and China and their effort to interfere with the United State’s midterm elections in November. They intend to amplify misinformation that is already in public knowledge.

Federal officials declared their concern to both state and local leaders last month, according to an unclassified intelligence advisory. They revealed that there are Russian operatives that intend to sow doubt in election integrity and there are some in China working to “hinder candidates perceived to be particularly adversarial to Beijing,” the FBI reported.

There have not been any credible threats to the infrastructure in the election detected yet. But in 2016, adversaries to America used social media to confuse and misinform voters. After that, platforms like Twitter and Facebook took measures to fact-check information that was being posted online before the 2020 election.

Jen Easterly, the Department of Homeland Security’s cybersecurity director, believes that the democratic landscape could be more complex now than it was in 2020.

Former President Donald Trump is holding rallies across the United States and continues to claim that the 2020 vote was rigged. According to the January 6 committee investigating the Jan. 6 attack on the Capitol, Trump’s team has been able to raise more than $250 million by pushing that narrative.

Media outlets including OAN and Fox News are amid multi-billion dollar suits over-reporting focused on the idea that technology companies may have been partially at fault for improprieties in the 2020 election.

In Pennsylvania, GOP candidate for governor Doug Mastriano has publicly challenged the strength of America’s democratic process, too.

FBI officials believe that China is likely to meddle in the 2024 presidential election even more than the upcoming Senate and House races. They also appear to have a focus on politics at a local level. It seems that Russia’s focus is on the electoral process.

Larry Norden, a security expert at Brennan Center for Justice, challenged voters to be responsible and diligent about the information they consume.

“If they are seeing messages about candidates presented in an alarmist or emotionally charged way, their radar should be going up,” he said.

If social media users see something that raises suspicion, Norden said, they should flag that content for social media companies.

The Associated Press revealed that an unclassified intelligence advisory said that China is probably seeking to influence select races to “hinder candidates perceived to be particularly adversarial to Beijing.”

In the advisory that was sent to both state and local officials in the middle of September, it said that officials believe Beijing sees a lower risk of getting involved in the midterms versus a presidential election.

It’s not new for foreign countries against the United States to look for ways to change public opinion in America.

The DHS advisory doesn’t list specific races or states where it thinks China-linked actors might operate but cites the March indictment alleging efforts to undermine the New York congressional candidate. It also suggests China’s interest in politics extends beyond the U.S., saying Australian intelligence since 2017 has scrutinized Chinese government attempts to support legislators or candidates, including those who have amplified Beijing’s stances on select issues.

Chinese and Russian officials and state media have historically rejected U.S. allegations of election meddling and pointed in turn to American influence efforts in other countries.

State and local governments are limited in what they can do against influence campaigns, given that “their job isn’t to police political conversation,” said Larry Norden, an election security expert with the Brennan Center for Justice.

Scott Bates, the deputy secretary of state in Connecticut, said, “Our best defense is to have an educated populace. The election process, we can protect that,” he said. “If you’re talking about talking trash about a candidate, we’re not in the business of patrolling that.”