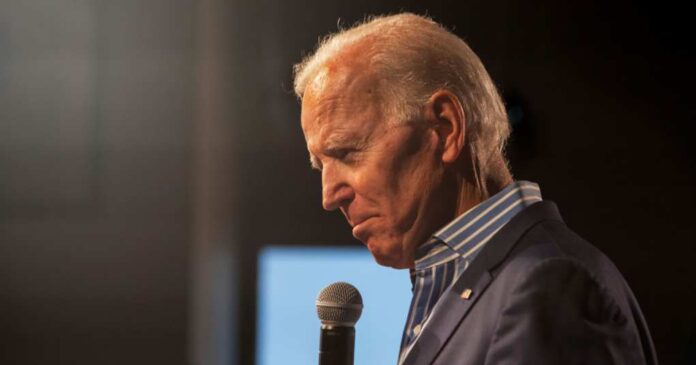 President Biden’s favorite thing in the world- illegal immigrants, now have a much harder path staying here, and it’s all thanks to an intelligent Fifth Circuit Court of Appeals.

On October 5th, they ruled that DACA (Deferred Action for Childhood Arrivals), is not federally permissible, but is illegal. This lawsuit was started back in 2018 by 9 states with a firm Republican backbone to contest the legality of the 2012 program of President Obama. This program has been a thorn in the sides of immigration officials and border patrol agents for years. Under this program, it has turned into fishing- catch and release, and it just leaves our borders far too open.

In August of this year, Biden attempted to have DACA codified, thus making it part of federal regulation. With a judge ruling that DACA applications needed to end back in 2021, his office had already been defying a judge’s ruling and causing big problems in doing so. As it stands, U.S. Citizenship and Immigration Services (USCIS) has already announced that they will continue accepting renewal requests and will take new applications but will not file them.

This ruling has left an incredible letdown feeling in for Department of Homeland Security (DHS) Secretary Alejandro Mayorkas. His office will be working their fingers to the bone trying to find any bit of history that might allow them to bring back DACA. There is no argument for leaving it in place. Especially after it’s been ruled illegal. Either way, the Department of Justice (DOJ) will be working with DHS and even USCIS (to a point) to find an answer to this.

DOJ spokeswoman Dena Iverson spoke with Daily Caller News Foundation about the issue and how the DOJ will respond. In response, it was the typical wait-and-see mindset from her as well as the DOJ. How pathetic is everyone who supports this trash? No action, no firm stance, no call to do something. Just a disappointing memo that sounds like your stepmom is mad you ate her monthly cookies yet again.

At least Secretary Mayorkas gives the DACA people some hope, no matter how pointless it is for them to have it. “I am deeply disappointed by today’s #DACA ruling and the ongoing uncertainty it creates for families and communities across the country. We are currently reviewing the court’s decision and will work with @TheJusticeDept on an appropriate legal response.” Love him or hate him, at least he’s trying to help those little dreamers dream. Even if their reality is about to be their worst nightmare.

For years now the Democrats have been trying to tinker with the deck. From stacking it full of illegal immigrants under the guise of blaming their parents for them being here, to teach minorities to play the race card from the bottom of the deck. Their belief system and party values have morphed into a system of making victims out of everyone who isn’t a white male and condemning the white men who aren’t leading them.

The DACA system could have had good intentions. Unfortunately, Obama was unwilling to listen to the advice of those who have lived down on the border. By creating DACA he just opened the floodgates for even more illegals to pour in and claim they have always been living here.

Their cousin who’s already been here for 10 years will gladly say the border jumper who just got there had already been living with him for 8 years. As it stands these illegals already have tons of practice lying, and no problem telling agents they don’t speak English so they can consort with others.

No matter the way, DACA was a failure and it’s a damn good thing it’s going away. Long overdue too. The American people won’t stand to watch more taxpayer money get wasted so Dumbocrats can buy votes and more people to illegally vote.