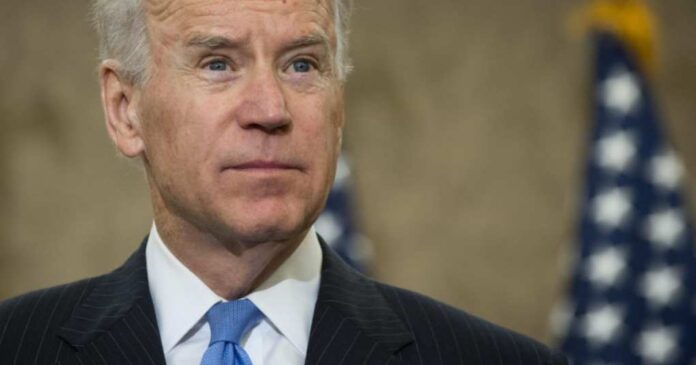 What? President Joe Biden is the godfather of a criminal empire? It seems that way, given that his brother and son profited illegally from their relationship with the old man. At the same time, he was the vice president under the questionable Barack Obama.

Joe Biden loves power. When he became vice president under Obama, the euphoric effect intoxicated the man much like it has done to Kamala Harris. It was the closest thing he ever had to the White House. And he would exploit his position to its fullest and then cover up his actions hoping that he would never be caught.

During his campaign for the White House in 2020, the truth behind his involvement with James Biden, his brother, and his nasty son Hunter started to surface. The media and social platforms did their best to cover up the truth and censor people from spreading truthful reports about the criminal empire Biden was hiding.

Along comes Representative James Comer from Kentucky, and Biden’s nightmare begins. The hopes of hiding his empire are dashed to pieces as Comer reveals the path of truth of what the president has been and is currently doing to protect his criminal underlings.

Fox News reported Comer as revealing that every member of Congress could review the president’s criminal behaviors. But now that the old man sits in the White House, it has become next to impossible to get any information on the 150 reports that reveal the dealings of Biden’s secret empire.

Fox News quoted Comer as saying, “Remember that’s the banks, and there was more than one bank, that notified the federal government that we believe our client has committed a crime. Now he [Hunter Biden] had 150 of these from at least four different banks, and yet we haven’t seen been able to determine the extent of what exactly triggered suspicious activity reports. We’re going to request these again from the treasury after the November elections. We are going to expect to have these on day one in January. ”

The midterm elections are more than just a means to save the country. The Republicans see them as the opportunity to dismantle the Biden mafia family business and put all of them behind bars where they belong. Conservatives must show up at the polls and vote for their Republican candidates so the liberals lose their majority and control of the House and the Senate.

Biden may be able to keep the Republicans from getting suspicious reports on his son. Still, he cannot stop the legislative branch from holding hearings and calling in witnesses to testify of the president’s activities and his family’s involvement in nasty deals.

Comer seems shocked that the media has failed to report on Biden’s family’s criminal business. But the actions prove that the media works for the Democrats, and they are not about to reveal the truth behind what the Biden family is doing.

Fox News reported Comer as saying, “I am very disappointed that mainstream media hasn’t picked up on this because this is a pretty sure indication that there was criminal activity. That means that they were probably doing business with people who had sanctions or countries who America had sanctions against.”

Americans are prohibited from engaging in business deals with select nations. But Biden and his mafia family think they can subvert the law and peddle their way into power. The age-old story of the Democrats being able to do things above the law still makes people sick.

The president used his family to help the Chinese and other oil-producing nations to get ahold of American oil and gas production. And now the public has to pay extremely high prices because of Joe Biden’s greed for power and money.