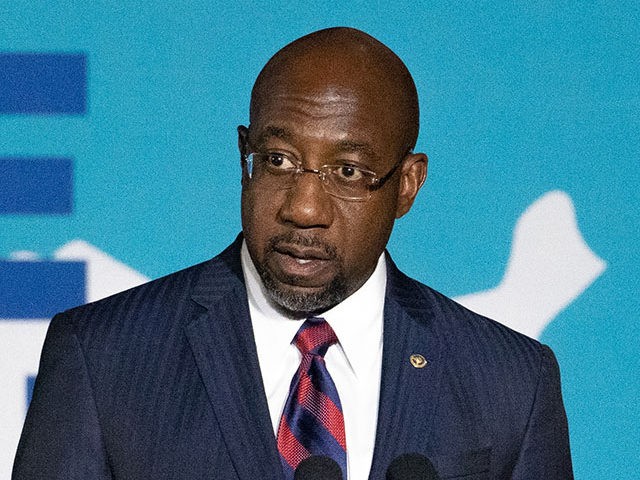 The claim came in response to the debate moderator asking Warnock, who has been opposed to the state’s Election Integrity Act since its inception, how the bill makes voting harder for racial minorities given “there was record turnout in the primary this May” and given “the African American vote grew approximately 50 percent from 2018 to 2022’s primaries.”

Warnock first touted his advocacy for easing voting restrictions before replying, “There is no question that SB 202 [the Election Integrity Act] makes voting harder, and that is the intent.”

The bill, the first voting overhaul legislation to pass following the 2020 election, was met with a barrage of fallacious attacks from Democrats upon its passage. Warnock, along with President Joe Biden and Democrat gubernatorial candidate Stacey Abrams, were among the most vocal opponents of the bill, broadly claiming it was restrictive to the point of being suppressive for racial minorities in particular.

The bill, among its many provisions, tightened voter ID laws for absentee ballots and called for the redistribution of ballot boxes based on voter registration data. Ballot boxes had not been used in Georgia at all prior to 2020 and were installed to accommodate increased mail-in voting as coronavirus was peaking. The bill aimed to increase security around the boxes while still allowing them.

Warnock reasoned that turnout was due to voters “overcoming” a “hardship” created by the bill and that voting had, in fact, become more difficult after the bill’s passage:

The fact that many of our voters are overcoming this hardship doesn’t undermine that reality. They’ve made it harder for folks to use the drop boxes. They’ve shortened the registration times. Folks are saying, you know, “You shouldn’t have to– you should be able to get food or water in a line.” I think the question is more fundamental than that. Why are the lines so long in certain communities, and not others?

Warnock’s mention of “food or water” is a reference to the bill’s restriction on solicitation at polling places. Warnock and other Democrats have decried that provision, peddling the false notion that the bill deprived voters, who could be waiting in long polling lines, of water. In fact, unattended water coolers are permitted at polling places and people are also allowed to bring their own water if they want.

Republican Herschel Walker, a former star football player who is vying to unseat Warnock, faced Warnock in the debate Friday as a political newcomer.

Walker replied of the bill, “Really, it made it easier to vote and harder to cheat.”

Walker then noted the moderator’s initial question about how the bill made voting more difficult for racial minorities.

Walker observed to Warnock, “So you’ve gotten good in Washington at not answering the question because that was the question she asked you.”