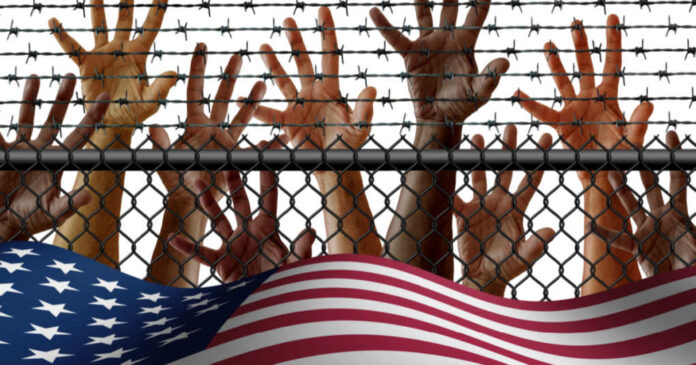 In September, DeSantis sent two flights packed with 50 illegal aliens from Venezuela to Martha’s Vineyard off the coast of Massachusetts, where former President Obama has a sprawling 29-acre summer estate and which voted up to 84 percent for President Biden.

Since then, Bexar County, Texas, Sheriff Javier Salazar (D) is investigating DeSantis over the migrant flights even as he has admitted his office has yet to find any laws that were broken. Likewise, a handful of the illegal aliens — backed by attorneys linked to billionaire George Soros — are suing DeSantis in a class action lawsuit.

Now, CNN reports that the illegal aliens flown to Martha’s Vineyard will be eligible for U visas to remain in the United States. The revelation comes even as no criminal complaints over the migrant flights have been successfully prosecuted in court.

U visas, which eventually lead to green cards, are meant strictly for foreign nationals who are crime victims, though federal investigators have discovered that the program is rife with abuse and fraud.

In January, for instance, the Department of Homeland Security (DHS) Inspector General (IG) found that the U.S. Citizenship and Immigration Services (USCIS) agency had been violating federal law by giving out more U visas than legally allowed.

In 2019, a similar IG report showed that since October 2013 potentially 2,200 illegal aliens had posed as domestic abuse victims in order to secure visas to remain in the United States as part of the Violence Against Women Act.