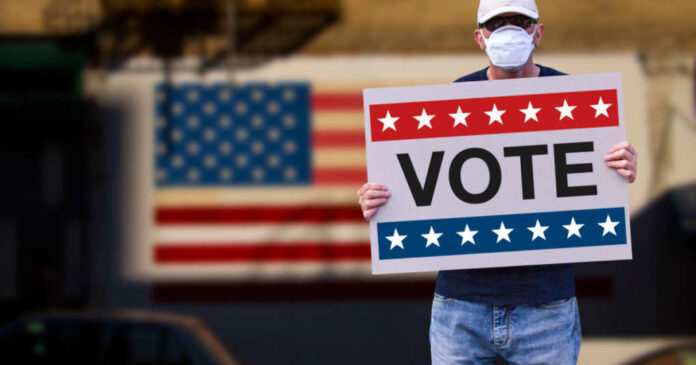 CBS News reported Sunday that the “Republicans’ House lead has stabilized today at 224 seats to the Democrats’ 211,” according to CBS News/YouGov polling analysis.

The reason, according to the outlet, was the crumbling economy in President Joe Biden’s (D) America that has burdened citizens with worries about their financial situation.

The battleground tracker found 65 percent of registered voters said the economy is getting worse.

“More voters feel the Democrats’ policies have been harmful rather than helpful to the economy, including independents. And two-thirds of registered voters overall think the Biden administration could be doing more to combat inflation,” the report continued.

The survey was performed with a nationally representative sample of over 2,000 registered voters from October 12-14 and the margin of error was ? 2.4 points.

Rising gas prices, the recession, and skyrocketing crime are the main issues for voters in the upcoming midterm elections, a Rasmussen Reports poll found in August.

The polling comes as Republicans are looking to retake the House and the Senate. The House is more likely to flip Republican than the Senate because the GOP in 2022 is defending far more key Senate battleground states than Democrats are.

Meanwhile, approximately one-third of Americans say they feel “more enthusiastic” about casting their vote during the midterms, a survey from The Economist/YouGov found earlier this month.

“Republicans are more enthusiastic to vote in this year’s midterm than Democrats — 46 percent to the Democrats’ 40 percent,” according to Breitbart News.