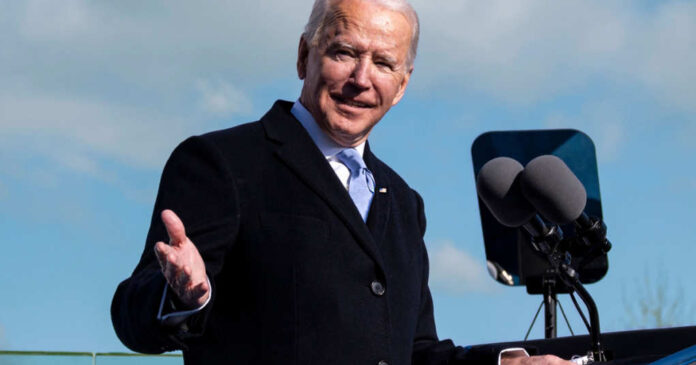 President Biden has been taking flack for his son Hunter since the Obama administration, and still refuses to admit there is a problem. From the crystal meth abuse to claims of his drug-fueled weekend with Malia Obama to a couple of dead hookers. Not to mention the laptop that the mainstream media and the President treat like a unicorn; it doesn’t exist to them.

No matter what Hunter touches, it turns horrific. He even managed to make a mess of a “gimme” natural gas job in Ukraine. A job was given to him to appease daddy, and one that ultimately makes the laptop and banking records more crucial, as well as complicating the Russia-Ukraine situation even further than it already is.

So, it’s not surprising to hear the elderly Biden defending Hunter on October 11th. With tax fraud and falsifying paperwork for a gun purchase, charges hanging over his head, it’s only a matter of time till the house of cards comes crashing down. For sleepy Joe though, if he acts like an ostrich and thinks nothing happened, it’s all okay.

While speaking with CNN’s Jake Tapper, he gave the kid a ton of praise for turning his life around acting like an adult and taking some semblance of responsibility for his actions. “I’m proud of my son. This is a kid who got, not a kid — he’s a grown man. He got hooked on — like many families have had happen, hooked on drugs. He’s overcome that. He’s established a new life.”

This babbling message is nothing new from the geriatric in charge. He tends to stumble his way through everything the last 20 years or so, but now as the leader of the free world, he is putting countless American lives at risk, and he’s defending a person who should have been put in jail decades ago. However, in his lost mind, everything is fine because he thinks he turned his life around.

To support his last statement, he followed himself up with more information from the book, and it’s just as bad as the first time he spoke up, maybe even worse.

“He came along and said, by the way, this thing about a gun — I didn’t know anything about it. But turns out that when he made [an] application to purchase a gun, what happened was he say – I guess you get asked, I don’t guess, you get asked a question, are you on drugs or do you use drugs? He said no. And he wrote about saying no in his book.”

Statements like this are the same kinds uttered by parents of kids who terrorize an entire class only to say they are expressive, or artistic. These parents have turned a complete blind eye to their child because there is so much, that it would be like shoveling through a manure field to get through all the crap the kid has done.

We have a President who has obviously lost his mental capabilities. One who is openly trying to use his office for political influence on his son’s behalf. Who refuses to put the needs of the American people before the wants of those in his ear on bipartisan issues. At this point, we as the voters need to recognize that a big swing is on the horizon.

Unless the President comes clean about everything with Hunter, negotiates an end to the Russian-Ukrainian conflict, legalizes cannabis, increases American oil production, and finds a solution to inflation, he is done come November. The House and Senate will flip back to the Republicans, he will be impeached, he will be found guilty, and he will stop being the President. Unlike Bill Clinton, he won’t be allowed to finish, and perhaps Harris could be impeached just as fast.

Too bad Joe just can’t be honest with himself and America.