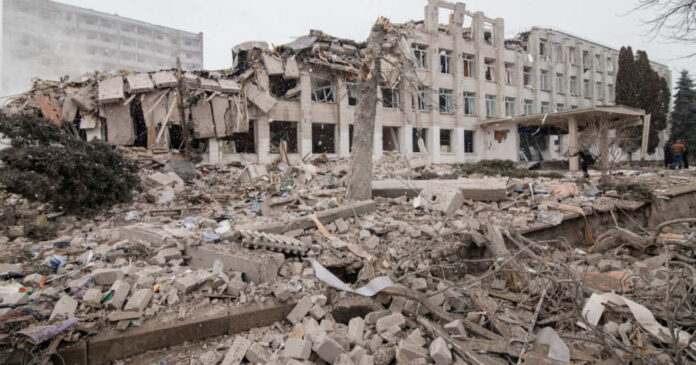 Ever since the latest invasion of Ukraine by Russia back in late February, President Biden has been the emotional and financial support for Ukraine. Stopping short of sending in our troops, he has been giving them every weapons advantage he can, and nearly monthly support checks like Ukraine is his estranged wife.

Now Russian missiles have become more accurate and are now purposely targeting civilian targets in high-population areas like Kyiv and other Ukrainian cities. On October 10th, he spoke to Ukrainian President Volodymyr Zelensky about the latest developments in the situation, and what could Americans do to help. Per a transcript of the call, he “expressed his condemnation” of the most recent Russian missile strikes. He also “conveyed his condolences to the loved ones of those killed and injured.”

A sentiment like this is meaningful in politics, but truly is the epitome of sending positive thoughts and prayers on a social media post. Biden then backed that up with a promise of delivering “advanced air defense systems” as well as equipment to ensure Ukraine can continue to defend itself without requiring other nations to become involved. A plot like this can be dangerous for the US as it pulls more from our militaries.

This year alone the US gave over 40 billion in financial aid. Plus, the countless dollars in military weapons, vehicles, systems, and technology. While Afghanistan still has a higher financial cost, it was also spread out over 2 decades. Israel still takes a lot of money as well, but again that is also over time.

Following the cruise missile attacks in Kyiv, President Biden released a message to appease Americans and to keep them from asking questions. Telling people Russia had “killed and injured civilians and destroyed targets with no military purpose.” As well as explaining that the attack “once again demonstrate(s) the utter brutality” of Russian President Vladimir Putin’s “illegal war on the Ukrainian people.”

Unfortunately for Biden, we cannot hang in like that. We still need to keep our military fully equipped. We need to ensure we aren’t giving away assets that deprive our military of real-world exercises, or that leave our defense capabilities in question. Financially, we are already in the early parts of a recession, and the economy is in shambles.

Despite being handed a healthy and growing economy, combined with a robust future and solid oil and gas production, President Biden was unable to keep the ball rolling there. Instead, he failed at the modest task to which he was assigned. When Ukraine was attacked, Biden was there as quickly as politically possible to cut a fat check and produce weapons. This is an ugly situation, but our involvement is only making it worse.

Compounding the problem is the question about the business deals his drug-addicted, lying, and corrupt son Hunter had in Ukraine. The globe knows about his involvement in natural gas, and how dementia-laden Joe had financially benefitted from Hunter getting that deal. Given how suddenly the strings were cut and not very long after the President is helping to protect those same assets…it’s weird.

Not a good weird like when your new neighbor asks you about the closest remote area for long-range shooting, and then you discover he has more stamps than the post office. Its a weird like you know this man is using the office for the good of his family and misusing American assets. All while telling the people to tighten their purse strings.