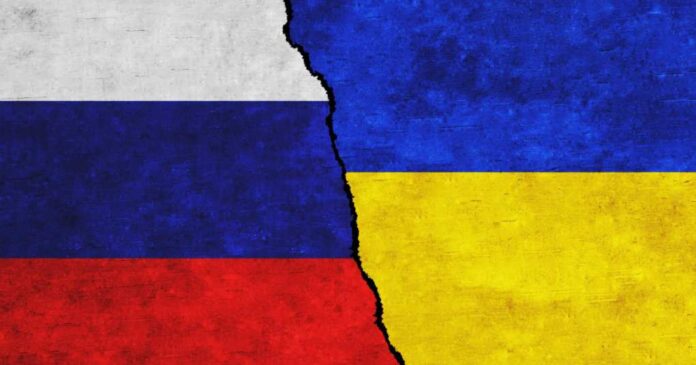 Things just keep going from bad to worse on the global scene due to Russian aggression. A Moscow official warned on Thursday that if Ukraine is admitted to NATO, it would lead to World War III.

Alexander Venediktov, the deputy secretary of the Security Council of the Russian Federation, said in an interview with the Russian news agency, Tass, “Kyiv is well aware that such a step would mean a guaranteed escalation to a World War Three.”

This dire warning came after Ukrainian President Volodymyr Zelensky asked to speed up the application to NATO for Ukraine in late September. This was just hours after Russian President Vladimir Putin declared that Moscow had annexed four regions in Ukraine.

“We trust each other, we help each other and we protect each other. This is what the Alliance is. De facto. Today, Ukraine is applying to make it de jure,” Zelensky said during a video address at the time.

Venediktov also said that Ukraine was trying to create “informational noise” to attract attention to itself, and he said that he was certain that there are some who expect Ukraine to be accepted as a NATO member. He defended this by saying that Kyiv had a “disengagement from reality.”

The Russian official said that the application for accelerated entry into NATO was a “propaganda move,” and he repeated that the Kremlin believes that countries in the West who assist Ukraine in the war “are a direct party to the conflict.”

It is rather unlikely that NATO is going to accept Ukraine’s entry into the alliance of nations while it is in a state of war. Membership nations would then be compelled to provide military defense for Ukraine against Russia. This would certainly ignite a global conflict.

And NATO membership requires the unanimous approval of all 30 member nations.

“The suicidal nature of this step [to admit Ukraine to NATO] is understood by the NATO members themselves,” said Venediktov, and he noted that Kyiv’s request was immediately supported by Eastern Europeans, including the Balts.

“But the more serious powers, and even Brussels itself, reacted to this initiative without enthusiasm and immediately issued a standard set of counterarguments—non-compliance with the bloc’s standards, the existence of territorial disputes, and so on,” the official continued.

Venediktov ended by saying that Russia’s stand on the matter has remained unchanged and Ukraine’s accession to NATO was unacceptable. He also said some other alliance formed under the leadership of the United States was also unacceptable.

NATO Secretary-General Jens Stoltenberg has said that the alliance’s “focus” now “is on providing immediate support to Ukraine, to help Ukraine defend itself against the Russian brutal invasion.”

This kind of rhetoric is highly charged by Russia because a senior NATO official said that a Russian nuclear strike would almost certainly trigger a “physical response” from Ukraine’s allies. This was backed up by Defense Secretary Lloyd Austin saying that the United States was “committed to defending every inch of NATO’s territory.”

Putin’s response is to reiterate that he is not “bluffing” when he speaks of using nuclear weapons. But the Russian official insisted that it was only the West making such threats.

“Russian officials have never voiced a threat to use any weapons of mass destruction,” he claimed, ignoring Putin’s repeated threats during national broadcasts from the start of his invasion.

Biden made the statement that the risk of a nuclear “Armageddon” has not been this high since 1962.

These words from the president caused Venediktov to warn again that a nuclear conflict will affect the whole world and its consequences will be catastrophic for all mankind.