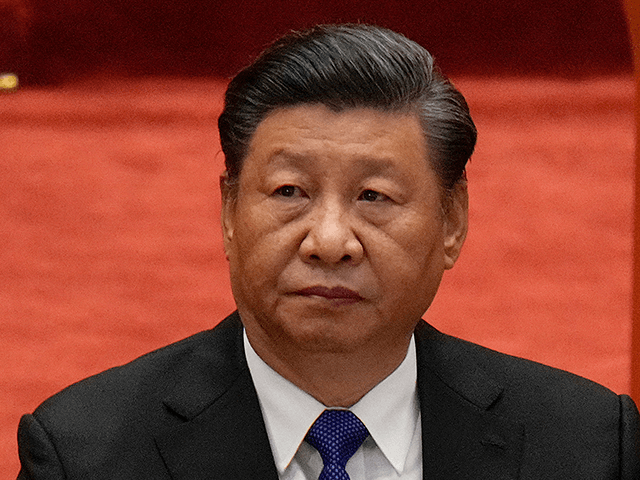 The South China Morning Post (SCMP) reported on the current buzz in Chinese Communist Party circles, where a larger-than-normal “leadership reshuffle” is expected after the twice-per-decade Party Congress concludes by giving Xi another term in office:

National People’s Congress chairman Li Zhanshu, 72, and Vice-Premier Han Zheng, 68, are widely tipped to leave, having reached the unofficial retirement age of 68. Premier Li Keqiang, at 67, is still one year short of the customary retirement age but must step down as the premier, which is constitutionally limited to two terms.

Theoretically, Li, who is ranked second in the party hierarchy, could still stay on the Politburo Standing Committee and take up another position, such as NPC chairman. But sources now say the premier will most likely opt for full retirement.

It is not immediately clear who the fourth person to retire will be. Wang Yang, now the chairman of the Chinese People’s Political Consultative Conference, and Wang Huning, the ideology tsar, are the same age as Li Keqiang.

The SCMP noted age will not be the “deciding factor” in this reshuffle, instead being just one element in a “matrix of various factors, including background and abilities.” It seems like that reliable loyalty to Xi Jinping will be another part of the matrix.

69-year-old Xi himself is defying the standard age limit of 67 to remain in office — actually three offices, since he is simultaneously General Secretary of the Chinese Communist Party, President of the People’s Republic of China, and Chairman of the Central Military Commission. In total, Xi possesses a dozen titles.

As for those precious Politburo Standing Committee places, Xi’s top aide Ding Xuexiang will probably take one of them, while there is much speculation about Li Qiang, the Communist Party secretary of Shanghai.

Li was considered a top contender for the Standing Committee, or maybe even premier, until Shanghai’s coronavirus lockdown last summer turned into a nightmare of starvation, illness, and panicked captive citizens.

Health workers wear protective suits as they stand outside a tent while waiting to perform nucleic acid tests to detect COVID-19 on local workers at a makeshift testing site in Haidian District on April 26, 2022, in Beijing, China. (Kevin Frayer/Getty Images)

Xi Jinping’s own path to power included a stint as Shanghai party chief, and Li owes his entire career to Xi’s patronage. He was an eager enforcer during one of Xi’s frequent corruption crackdowns/political purges and an even more eager enforcer of Xi’s “zero Covid” lockdown policy.

The problem is that Li became the face of a rather embarrassing situation in Shanghai, so the Communist Party might be worried about public outrage if he gets promoted to the Standing Committee or becomes premier. On the other hand, Xi is determined to portray “zero Covid” as an absolute success in all respects, so promoting Li might be seen as a strong statement that zero Covid may continue indefinitely.

The UK Guardian on Monday predicted the relatively “liberal” former vice-premier Wang Yang would remain on the Standing Committee, along with diehard Xi Jinping loyalist Wang Huning and “anti-corruption watchdog” Zhao Leji, who is presently the youngest member of the committee at 65.

Wang Huning is also noteworthy as a prominent theorist of “neo-authoritarianism,” which is not really much different from the old authoritarianism, except it justifies itself by claiming that only despotic rulers with absolute power can lead a large country like China through the tricky process of modernization while also keeping it pure of foreign influences.

Wang published a book in 1991 called America Against America in which he argued his travels though rambunctious, undisciplined, argumentative America convinced him authoritarianism was the only logical way to manage an industrial superpower. Wang’s critique became part of “Xi Jinping Thought,” the dictator’s official philosophy, and various arguments from his book are constantly cited when Chinese officials and state media attack the Western world.